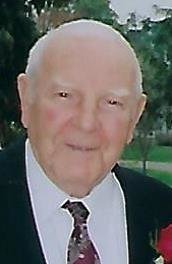 He was born on June 11, 1925, the son of William M. and Jennie Drummond Bennett.  He was a lifelong resident of Selkirk before moving to Delmar in the early 1970’s.  He has resided in Ravena since 1995; he was a veteran of the Merchant Marines in World War II.  Dick was a graduate of Ravena High School and attended the DeVry School of Radio/TV.

Mr. Bennett was a former Assessor for the Town of Bethlehem; self- employed plumber for over 20 years and retired from M & B Plumbing.

He was predeceased on April 26, 1994 by his wife of 49 years, Dorothy Morehouse Bennett.

A funeral service will be held on Monday at 11:00 am at the funeral home.  Burial will be at Memory Gardens.

To send flowers to the family or plant a tree in memory of Richard Bennett, please visit Tribute Store
Print
Sunday
7
April