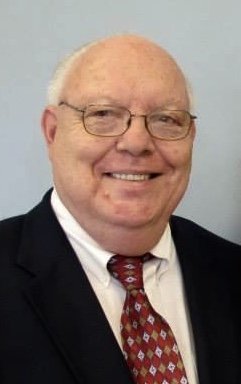 GLENMONT - Peter Christoph, who died March 30, 2019 was born in Albany, and grew up in Castleton-on-Hudson. He graduated from Hartwick College in 1960, and earned his master of arts in 1964 as well as a Masters of Library Science in 1968, both from SUNY at Albany. He was a member of PsiChi honor society and was awarded the Hartwick College Key in 1959. He worked for the NYS Library from 1965 until his retirement in 1987, starting as a student librarian in the cataloging department and rising to Director of Manuscripts and Special Collections. He chaired or served on many committees to edit and publish works of historical research, both in his professional specialty of dutch colonial history, as well as his personal passion of the history of Tombstone, AZ, and Wyatt Earp. He was elected a fellow of the Holland society in 1979. He published numerous books and articles, and lectured on varied topics at professional conferences and public meetings. Peter was also involved in his community, serving on the board or as a volunteer with the Bethlehem Historical Assn, Blakeslee Family Assn, Boy Scouts of America, First Lutheran Church, Lutheran Upstate Synod, and the Lutheran Church Archives in Philadelphia. He was married to his wife Florence for 52 years when she passed away in 2011. He is survived by his children, Daniel (Ronda) of Milwaukee, Richard (Tammy) of West Lawn, PA, and his daughter Annalise Hall (David) of Nashua, NH. He was especially fond if his only grand-daughter, Amanda Hyde (Michael) of Nashua, NH, and his great-grandson Josiah Peter Hyde. He is pre-deceased by his brother Robert, who died before Peter was born. Funeral service is at 10:00 AM Friday at First Lutheran Church, 181 Western Ave Albany. Friends may call Thursday 4 to 7 PM at Applebee Funeral Home in Delmar or at the church before the service. Contributions may be made to First Lutheran Church in his memory.

To send flowers to the family or plant a tree in memory of Peter Christoph, please visit Tribute Store
Print
Thursday
4
April