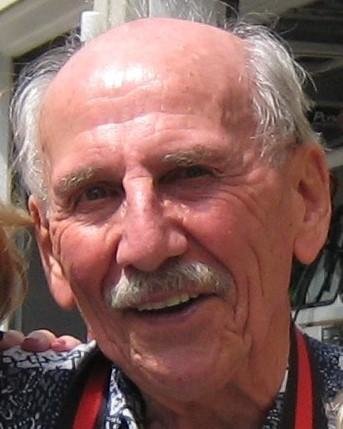 GLENMONT - Paul Charles Reinhardt passed away peacefully at his home in Glenmont, NY on February 9, 2019.  Born in Albany, NY on October 27, 1925 he was the only child of the late Paul Frederick and Rose Foell Reinhardt.

Paul graduated from Albany High School in 1944, and immediately enlisted in the U.S. Army.  After two years of military service as a Field Artillery Technician, he attended Albany Business College on the GI Bill. He was the epitome of a self-made man, a child of German immigrants who became President of Morwhite, Inc., an Albany-based distributor of laundry chemicals and supplies.  He was married for 40 years to Charlotte Osgood Reinhardt, who predeceased him in 1993.

Paul was always pursuing self-improvement, and read voraciously, keeping stacks of books and newspapers by his bed. His various interests included photography, wood carving, coin & stamp collecting, golf and playing the harmonica.  He will be greatly missed by those who knew him—including the many recipients of his gifts of lucky mice and polished stones.

Paul is survived by his devoted companion of 25 years Judy Beyer of Delmar, NY, and by his three children: son Paul Jr. (Marjorie) of New Canaan, CT, daughters Lynn (Andreas Goldmann) of Frankfurt, Germany, and Kristen (Fred Ramberg) of North Hampton, NH.  He was also a proud grandfather to: Andrea, Evan (dec), Karl and Peter Reinhardt; Daniel Goldmann; and two grandchildren-by-marriage, Trevor and Austin Ramberg. The entire family would like to express their deep gratitude to the team of caretakers who provided comfort and assistance during the final years of life.

Calling hours will take place from 1 to 3 PM on Saturday, February 16 at Applebee Funeral Home, 403 Kenwood Avenue, Delmar, NY, with a memorial service immediately following.  At 4PM, a reception for family and friends will take place at Normanside Country Club, 150 Salisbury Road, Delmar.

The family wishes that contributions in Paul’s memory may be sent to either the Community Hospice Foundation, 310 S. Manning Blvd, Albany, NY 12208 or Friends of Five Rivers, 56 Game Farm Road, Delmar, NY 12054.