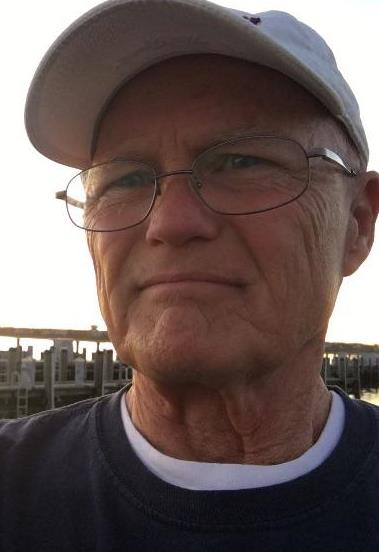 DELMAR - Jack Follis passed away peacefully from a short battle with cancer on January 9, 2019 with his loving family by his side. He was the son of Charles and Helen Follis of Birmingham, Michigan. Jack served in the United States Air Force during the Vietnam war which was one of his proudest accomplishments. While married to his wife Susan, he completed his college education at the University of Detroit. His lifelong career was in medical sales which he truly enjoyed over the years. Jack and Susan raised two wonderful boys and he was always involved in their sports, coaching soccer teams and pop Warner football. In his later years becoming a grandfather was one of his greatest joys. "Everybody loves Jack" was something friends and family always said. Even Matt and Katie's dog, Sawyer loved Grandpa Jack the best. He was the most friendly, warm and kind hearted person. We were all better for having him in our lives. He will be missed more than words can describe. He was preceded in death by his son Michael and is survived by his beloved wife Susan, son Matt (Katie) and his Grandchildren Meleah (19), Madeline (13), Caroline (10), and Carter (7), and also his older brother Skip (Char) Follis. A Funeral Mass will be held at St Thomas The Apostle Church, 35 Adams Pl., Delmar at 10 am on Monday the 14th of January. Please join us for a celebration of Jack's life at Normanside Country Club, 150 Salisbury Rd., Delmar immediately following the mass. In lieu of flowers donations can be made in Jack's name to the Community Hospice Foundation, 310 S. Manning Blvd, Albany, NY 12208.

To send flowers to the family or plant a tree in memory of Jack Follis, please visit Tribute Store
Print
Monday
14
January