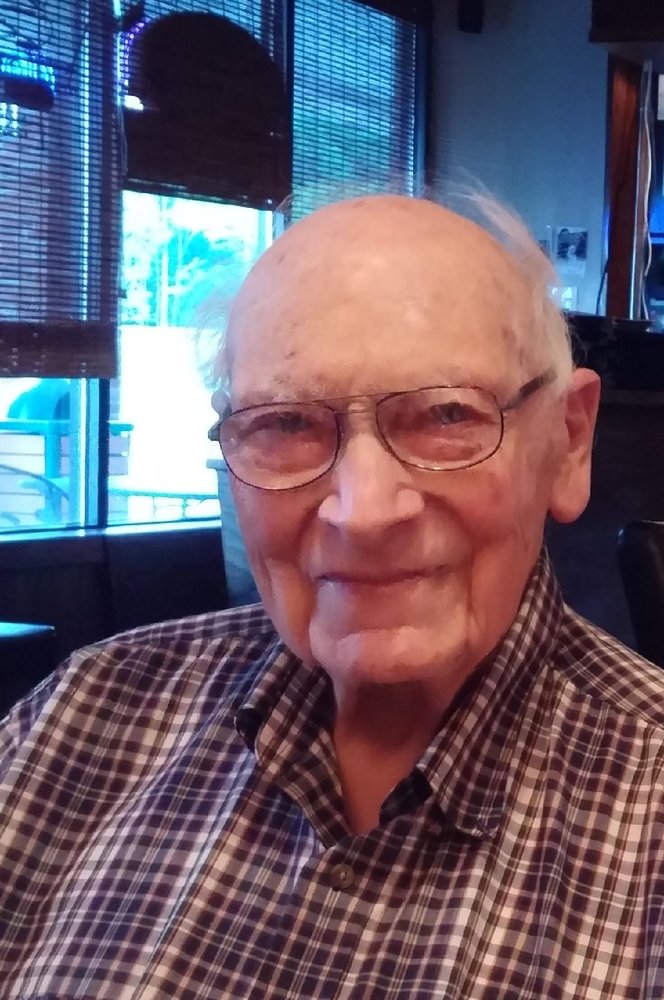 “Stan” Rabinow passed away peacefully at the age of 100 years young following a brief and difficult journey on December 28, 2018 at the Teresian House, Albany. He had been surrounded by family during the last years and months of his life.

Stan is survived by his son and wife, Mark and Nan; greatly beloved granddaughters, Sarah, Laura and her partner David Bissember and predeceased by his loving wife Claire of 71 years and son, John.

Stan and Claire resided for more than 62 years in Livingston, N.J. prior to moving to the Albany area to be closer to family. For more than thirty years, Stan had been an active member of the Livingston Democratic Party serving as a committee member and was an early advocate and active member of the Livingston Recycling Committee.  Stan was adventurous as a young child in Brooklyn even during the Depression.  Many stories had been shared of hitchhiking across the rail system with a buddy on trips as far west as western PA and as far north as Albany, NY. During this same time of life and to help with family finances Stan delivered packages to large advertising agencies in NYC.  His “doodling” on some of those packages eventually landed him a job as a graphic artist and writing jingles for them.  Stan then moved into the building and construction industry where he was known for his integrity and accuracy.  He was partner and founder of Precisionware Inc., and president and vice president of several construction and building corporations including Howell Woodwork Corp. Stan eventually formed his own sales company.

Stan greatest loves were his granddaughters, Sarah, Laura and her partner David and their accomplishments were his greatest pride and joy. He loved reading the daily NY Times; talking politics, world events or history to anyone who would listen.   Coffee ice cream was his absolute favorite treat. Broccoli however, never seemed to make it on any of his “must haves.”

A funeral service will be held at the Beth Israel Memorial Park, Woodbridge, N.J.