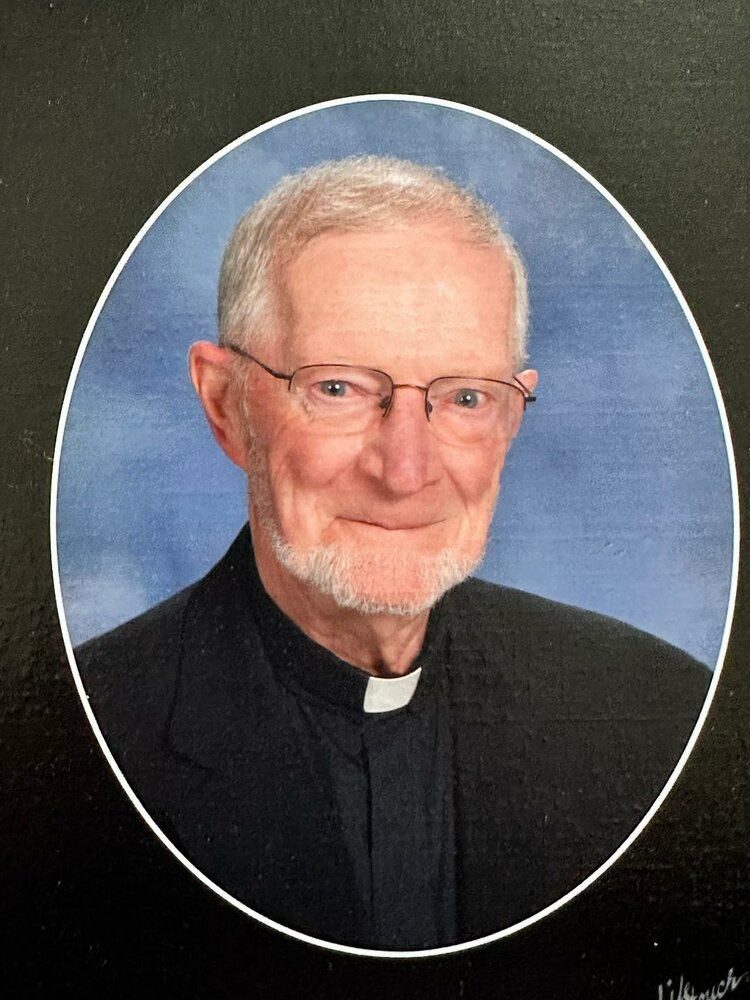 Father graduated from Vincentian Institute in Albany.  After serving in the Army during WW II and studying at Siena College, he entered Mount Saint Mary’s Seminary in Emmitsburg, MD.  Ordained in 1954, Father Daley served at Saint Patrick’s Troy until 1957.  He did graduate studies at Catholic University in Washington from 1957 to 1959 and taught classical languages at the former Mater Christi Seminary in Albany from 1959 to 1970.  In 1970, he became pastor of the Church of Saint Thomas the Apostle, Delmar, where he served until his retirement in 2002.  In his retirement, he ministered at the Church of Our Lady of the Assumption, Latham.  He had previously served as chaplain and was an honorary member of the Elsmere Fire Co. since the early 1980’s.

The Rite of Reception of the Body will be celebrated in Our Lady of the Assumption Church in Latham on Tuesday, January 3 at 3 p.m.  Visitation will then continue until 6 p.m.  The funeral liturgy will be celebrated on Wednesday, January 4 at 10 am at Our Lady of the Assumption Church.  Interment will be in Our Lady of Angels Cemetery, Colonie.  Donations may be made in Father’s memory to Albany Diocesan Seminarian Fund, 40 North Main Ave., Albany, NY  12203.

Reception of the Body