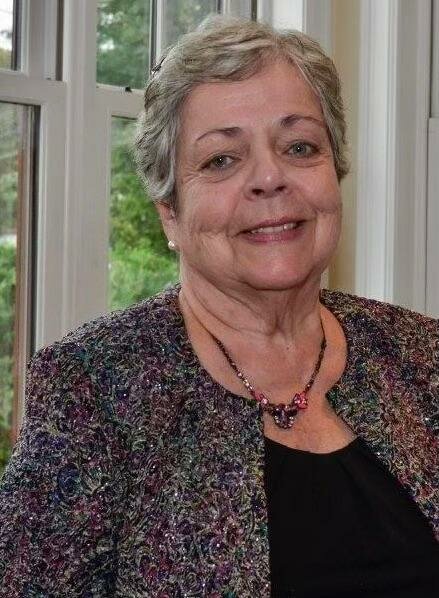 Born on September 8, 1941 in The Bronx, NY, Mary is predeceased by her parents William H. and Delia Cavanagh, as well as her loving husband Edward Griffin.

After attending St. Anselm’s Grammar School and graduating from St. Jean the Baptist High School in The Bronx, Mary enjoyed a fulfilling career as an Executive Assistant in the Marketing Department of British Airways.  While at British Airways, Mary met her future husband, Edward Griffin, and formed many treasured lifelong friendships.

Mary and Ed were married at St. Margaret’s Catholic Church in Riverdale, NY in 1974, settled first in Merrick, Long Island, later moving to Riverdale, NY. Mary and Ed remained married until Ed’s passing in 1994.  They shared a love of golf, spending time as “snowbirds” in Florida, traveling to Kona on the Big Island of Hawaii, and enjoying time with friends and family.  The dessert parties at their former home in the Whispering Oaks golfing community were legendary for laughter and fun in a house full of friends.

Mary’s passions included gardening, dancing, meeting fellow “NYC transplants” in Florida, all things pertaining to the Bronx and Ireland, traveling - particularly to Ireland & London, England, and solving the riddles of various crime shows on TV.  Mary especially loved to spend time with, and hear about, the “comings and goings” of her treasured nieces and nephew - a common sign-off to conversations was “Keep me posted!”  As the family grew, Mary adored jewelry crafts, playing card games & supervising baking adventures with her grandnieces and grandnephew.

Mary found great comfort and fulfillment in her faith, and her biggest passion was involvement in charity work.  In Riverdale, NY, Mary served as a Lector at St. Margaret’s Catholic Church; on holidays, Mary often volunteered to hand out meals to home-bound citizens in local nursing homes.  After moving from the Whispering Oaks community to Clearwater Beach, FL twenty years ago, Mary was an active member of St. Brendan’s Catholic Church where she served as Eucharistic Minister.  She was also the past President of St. Brendan’s Catholic Council of Women [CCW] and was the recipient of the CCW’s highest honor - the Medal of Outstanding Service.  In addition, Mary served on the Board of Directors at her much-loved residence at Horizon House.

A wake and viewing will be held from 11am - 1pm on Tuesday, December 20 at Applebee Funeral Home in Delmar, NY.  A service will follow at 1 pm.

In lieu of flowers, donations may be made in Mary Griffin’s name to St. Brendan’s Catholic Church, 245 Dory Passage, Clearwater, FL 33767.

To send flowers to the family or plant a tree in memory of Mary Griffin, please visit Tribute Store
Print
Tuesday
20
December