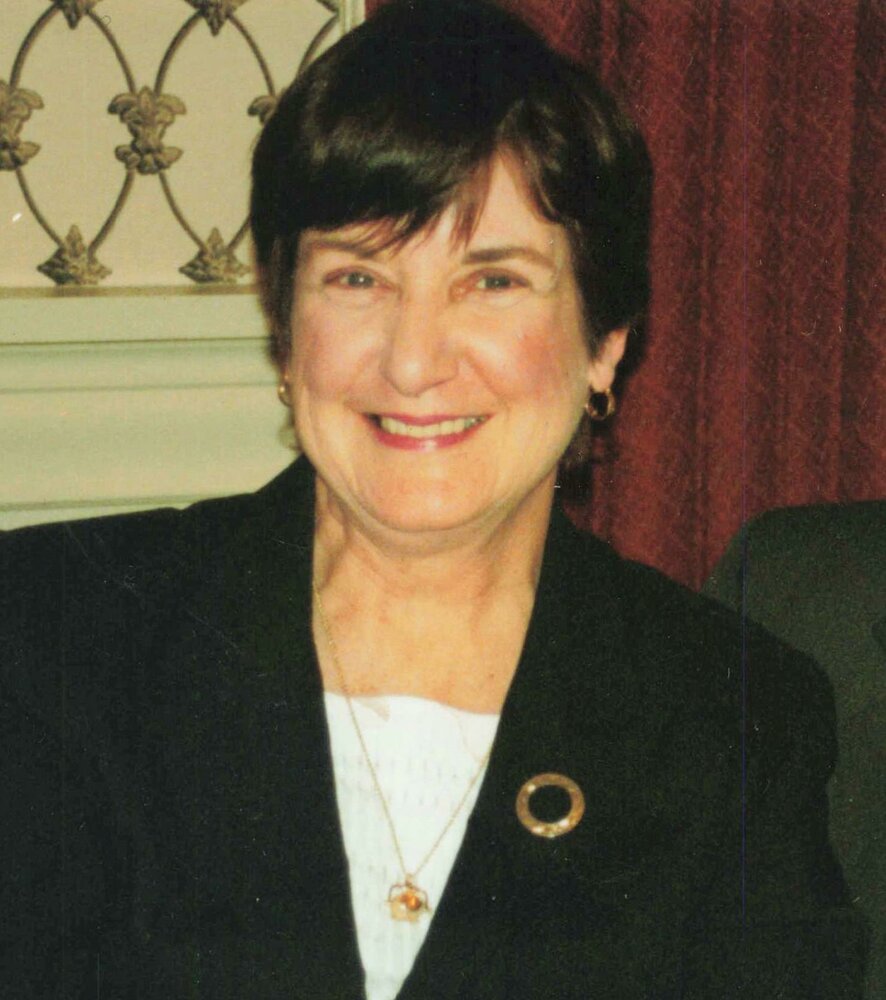 DELMAR - Mary K. DeAngelis (Dunigan), 87, a Delmar, N.Y. resident who also had a home in Chatham, MA for almost 50 years, passed away on November 21, 2022, at her Delmar residence.  She was born in Cambridge, N.Y. on February 24, 1935, to James B. and Margaret E. (Arnold) Dunigan.  Mary was singing and dancing from the time she could walk and talk.  She had an amazing voice.   She loved growing up in Cambridge, and she graduated from Cambridge High School.  While in high school, she auditioned for a principal role in the Broadway musical Carousel, and she got it.  Her parents did not want her to go to NYC at such a young age, so she never made it to Broadway.  However, she sang throughout New York State and beyond, and was accompanied by the great Bobby Henderson, the pianist who worked with Billie Holiday.  One of the highlights of her life was being asked to sing at the 90th birthday party for the great artist, Grandma Moses.  She also loved singing in musicals throughout the Capital District, and she loved playing many roles, most notably Annie Oakley in “Annie Get Your Gun”.  After graduating from high school, she worked at the Rice Seed House and Albany Felt Company as a Secretary before marrying her husband, Donald DeAngelis, of Canajoharie, N.Y. on October 24, 1959.  Mary was a homemaker for many years as she raised her six children.  She later worked as a Secretary at Bethlehem Central High School, but her favorite job was working as the Administrative Assistant for Sister Constance Casey at The Academy of the Holy Names.

She was an amazing cook, and while dinner was on the stove, she was always playing the piano and singing for her children.  In her home, there was always great food, music, laughter, and tons of kids and pets, especially her beloved golden retrievers.  She passed her love of music on to all of her children, who all play instruments and/or sing.  She especially loved watching her son, Michael, sing in his Irish bands “Hair of the Dog,” and “Get up Jack.”

Mary was a wonderful and loving wife, mother, daughter, and friend, and she will be greatly missed. She is survived by her six children: Michael (Suzie), James, Robert (Barbara), Thomas, Margaret (David) McIntire, and Patricia, as well as a brother-in-law Richard (Diane) DeAngelis of Asheville, N.C., her cousin, who was raised as her sister, Lorraine Arnold Frisbee (Gordon) of Cambridge, N.Y., and her grandchildren, whom she adored: Chloe, Ryann, Jack, Matthew, Kaya and Harry.  She was predeceased by her husband of 62 years, Don, her mother, father and many beloved golden retrievers and other pets.

The family would like to thank all of the medical professionals who helped her so much, as well as The Community Hospice for their compassionate care during this difficult time.  Friends are invited to join the family for a Funeral Mass at St. Thomas the Apostle Church in Delmar on Saturday, November 26th at 10 am, with a private burial service to follow at Bethlehem Cemetery in Delmar.  In lieu of flowers, donations may be made in Mary’s memory to Yankee Golden Retriever Rescue, Inc., P.O. Box 808, Hudson, MA 01749-0808 or The Community Hospice, 310 S. Manning Blvd., Albany, NY12208.