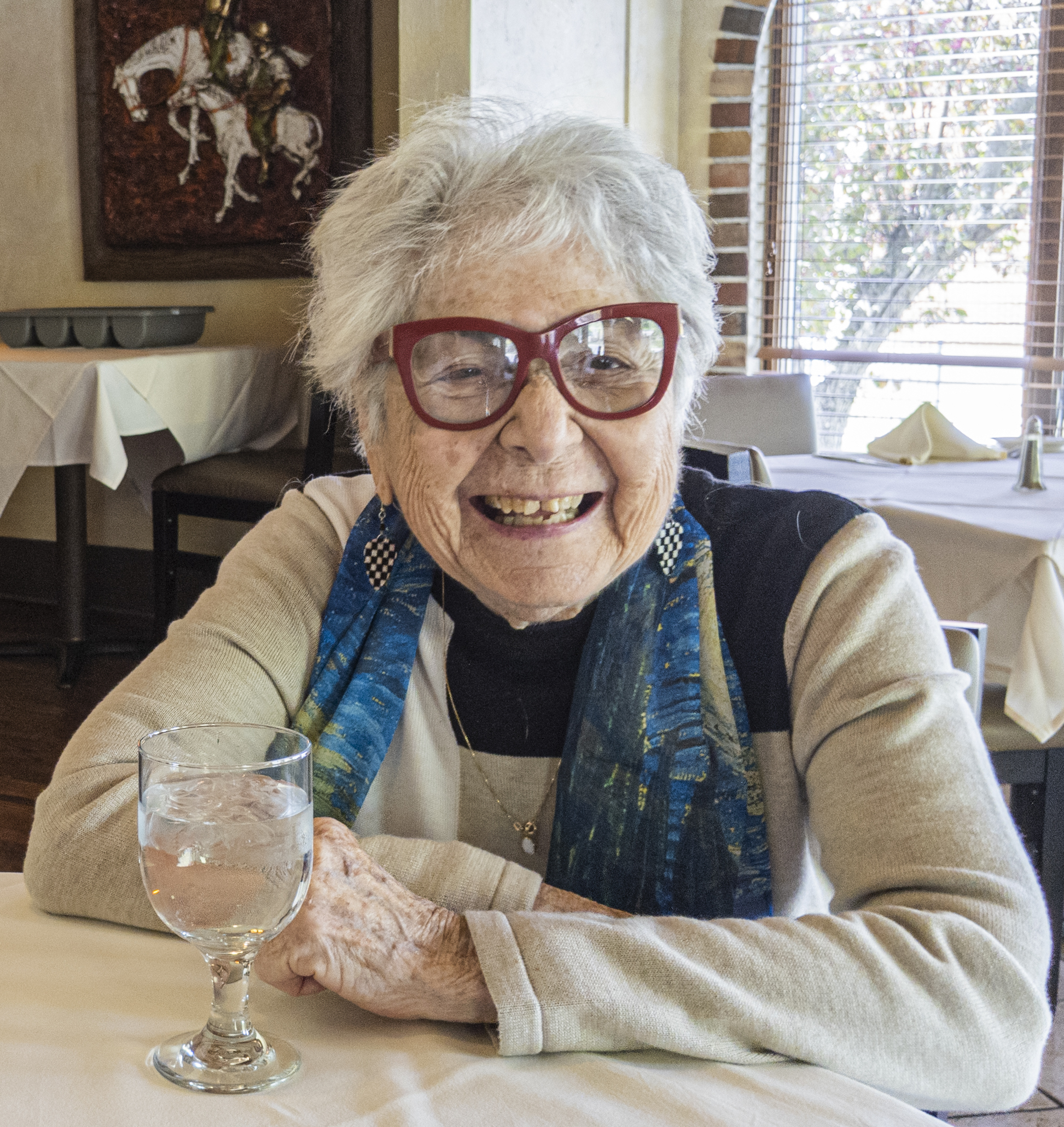 Hedi McKinley died peacefully in her home in Slingerlands at age 102 on September 20, 2022.  She is survived by her cousin Claire Lissance; her two stepchildren William (Lu) and Katie (William) from her marriage to Will McKinley; her four stepchildren Sam (Beryl), Laurie (Annie), Lou (Jackie), and Joe (Lisa) from her marriage to Joe Levinger; nine step grandchildren, six step great grandchildren, and a wide circle of admiring friends.  She is predeceased by her first husband Hans Freund of 19 years, her second husband Will McKinley of 26 years, and her third husband Joe Levinger of 20 years; by her parents Karl Faludi and Mascha Deutsch; and by her stepmother Marie Schrenger.

Born in 1920 in Vienna, Austria, Hedi fled the city of her birth in 1938 at age 18 shortly after Kristallnacht, “the Night of Broken Glass”, a pogrom carried out against Jews by members of the Nazi party throughout Germany, Austria, and the Sudetenland.  Traveling alone to London, she immigrated one year later to New York City in 1939, joining her aunt and uncle, who had previously settled there.

Upon arriving in New York City, Hedi taught herself English, eventually entering Columbia University and graduating Summa Cum Laude with a Master’s in Social Welfare.  After living for nearly two decades in Greenwich Village, she moved to the Capital District, where she launched her clinical social work career.  Settling in Altamont in 1969 upon her marriage to Will McKinley, she served as a professor at SUNY Albany’s School of Social Welfare from 1970 to 1985, spearheading the creation of the university’s Community and Public Services Programs, enabling students to earn college credit through both internships and summer jobs.  These programs are thriving to this day.

Additionally, Hedi launched an extensive mental health private practice specializing in both individual and group therapy, a practice which she maintained into her 90’s, A well-known local celebrity, Hedi gave advice on local radio station WGY-AM, as well as presenting a live advice column on local television station WTEN.  She also penned essays over a thirty-year period on relations between adults, first for the Guilderland Mental Health Task Force and subsequently for the Altamont Enterprise.  In 1987, she was a recipient of the New York State Social Worker of the Year award.

Although Hedi was forced to flee her homeland and lost 12 family members at the hands of the Nazis, she had the courage to not only face her past but to revisit her homeland countless times over the years.  As part of facing her past, she also began visiting high schools throughout the Capital District in the mid-1990s to speak with students about the Holocaust, as part of the Holocaust Survivors & Friends Education Center’s outreach program, continuing these efforts for nearly 20 years through the Jewish Federation of Northeastern New York.

As Hedi put it in her memoir Stories from My Lucky Life, “My life philosophy is unsentimental. Live peacefully and gratefully. Teach your children to not hurt others.  Be kind.”

Hedi was laid to rest in Knox Cemetery, Berne, NY, next to her beloved second husband Will McKinley.  In lieu of flowers, the family requests that donations be made in Hedi’s name to the Holocaust Survivors & Friends Education Center or the Albany chapter of Planned Parenthood.