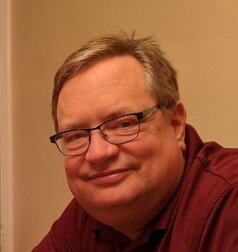 John Demarest, 56, died peacefully on Friday, July 29, 2022 with his loving family beside him.

Born in Amsterdam, NY on June 23, 1966 to John and Alice Demarest, he graduated from Bethlehem Central High School and earned a swimming scholarship to St. John’s University where he graduated with a Bachelor of Science degree in Computer Science and a Master of Business Administration degree in Finance.

Beloved husband of Cynthia Demarest; loving father of Justus Demarest; brother of Jessica Caines (Jim) and Michael Demarest. He is also survived by his nephews, Connor and Evan, several cousins, and his loyal companion, and beautiful dog, “CC”.

After battling Goodpasture Syndrome for seven years, John reignited his career as a Local Government Specialist through the NY Department of State. He loved to golf and spend weekends at Hedges Lake in Washington County with family and friends. He enjoyed traveling to Barbados, Europe, and upstate New York, and passing his time at home enjoying movies and activities with his wife and son. John never missed an opportunity to spend time with the people he loved.

Funeral services will be held 3:00pm Thursday, August 4, 2022 in the Applebee Funeral Home, 403 Kenwood Ave. Delmar.  The family will receive visitors at the funeral home 1:00pm to 3:00pm prior to the service.  Interment will be private.

John battled Goodpasture Syndrome for many years going to dialysis treatments three times a week from 5:30am-11:30am. He drove himself to and from dialysis and during that time, never missed an appointment. In 2016, he received a kidney transplant and after a period of transition, triumphed in recapturing his career in a new position as Local Government Specialist at the NY Department of State.

Prior to his work in local governments, John worked as Vice President in the Municipal Bond Department at Lehman Brothers in New York City; Program Associate and Higher Education Analyst in the Counsel/Program Office of the NYS Senate; and Director of Strategic Development at the New York State Foundation for Science, Technology and Innovation. He enjoyed the challenge of taking on many new projects and devising creative solutions.

A devoted father and husband, John cared for his family by preparing hearty, delicious meals, planning fun vacations and participating in Justus’ school activities and extracurriculars including science fairs, tennis matches, concerts and coaching soccer games. A lifetime Dallas Cowboys fan, he reveled in watching the games with his son, Justus.

John’s time at Hedges Lake was a welcome reprieve whether he was splitting wood, basking in the heat of a crackling fire, reading at night while listening to rain on the roof at his Grandparents’ pine knotted camp on the hill; or playing tennis and pickleball just last summer. He had a strong, soothing singing voice and enjoyed gathering with friends to sing at the campfire and reminisce.

At home in Delmar, John’s interest and love of nature and creatures was encouraged by watching Sharkweek, Blue Planet, National Geographic, and any animal documentary. In fact, he often remarked that he would like to have become a marine biologist in order to climb into metal cages to observe sharks up close and personal. John’s interests were as wide as his love of the Dallas Cowboys, Broadway plays, and classic rock including the Beatles and Elton John.

Early years with his son, Justus, were spent building Legos and train tracks, reading and cross-country skiing, coaching soccer and teaching him tennis. Generous, kind, and affectionate, John loved traveling with his family, cooking for his family and friends, fishing and creating photo memory books for the holidays.

Braving the elements of kidney disease each day, John had endless amounts of patience. He was a constant source of love, acceptance, insight and his own unique and relevant wisdom. Throughout his illness he never complained, explaining his thoughts that he could keep going because he had seen children suffering in similar circumstances, undergoing the same procedures. John experienced many great hardships but was motivated by his recent successful hip surgery and the promise of a more active future with his family, including an upcoming trip to London with Justus to see the Wolverhampton Wanderers football club.

Friendly, caring, and knowledgeable, John knew how to build a peaceful, stable family life, one hour at a time. As a result, he created a happy childhood for his son, and many happy memories for a family of three, season after season. Devotion to his family conjured up daily simple pleasures that included many of his homemade delights, including frosted sugar cookies, chicken soup, pizza, lasagna, garlic mashed potatoes, and Cajun shrimp. His “food is love,” version of living created many warm and memorable holidays.

John gave so much of himself to create a happy home; he will forever be missed. His devotion to his family and bravery in the face of tedious, stressful, uncomfortable treatments and emergent medical events, was steadfast. Our calm, dignified, best friend, John accepted what came along and offered love and kindness in spite of the rocks along his path.

He expressed great pride in Justus’ accomplishments and reveled in fun times and big laughs with his mother, father, sister, brother, and Hedges Lake Family.

John, we love you today, tomorrow, always and forever. You were a wonderful, loving father, and a compassionate, devoted husband; we were truly blessed.

To send flowers to the family or plant a tree in memory of John Demarest, III, please visit Tribute Store
Print
Thursday
4
August