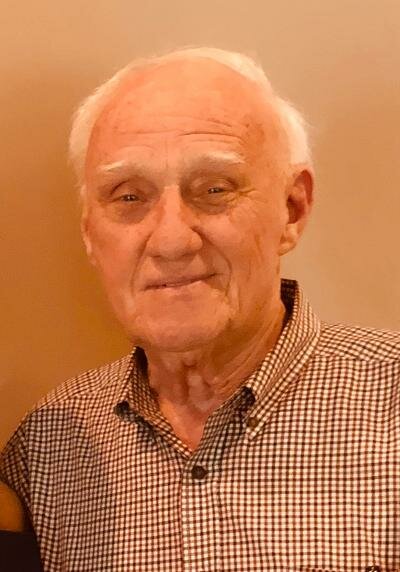 Paul F. Nichols, of Voorheesville, NY, passed away at the age of 82 on Monday, July 25, 2022.  After several months of declining health, Paul died knowing that he was loved and adored by his family.

Born on May 5, 1940 in Herkimer, NY, he was the son of the late Lionel Nichols and Nora (Haley) Nichols.  Paul was a graduate of Herkimer High School.  During his youth and teen years, Paul was a devoted altar server, a talented athlete and playground enthusiast. As a child, Paul learned the importance of family from his parents and spent much time with his extended family members which included aunts, uncles, grandparents and cousins.  During his youth, Paul developed an appreciation for politics from his mother and a love of learning from his Father.

After graduating from College with a degree in Political Science from Alfred University, Paul returned home to marry his high school sweetheart, Mary Louise D’Ambrosio, in the fall of 1963.  Together, Paul and Mary Lou devoted their lives to raising their three children, Denise, Renee and Paul.  During this time, Paul taught Social Studies at Frankfort-Schuyler Central School.  To this day, if he ran into one of his old students, he was reminded of what an impact his teaching style had on them.  After teaching, Paul served as Assistant Director of Mohawk Valley Economic Development District and was a member of the Recreation Commission in the Village of Herkimer.  Paul’s work made a difference in the lives of countless disadvantaged youths.

In the late 1970’s, Paul relocated his family from Herkimer to the Albany area where he worked in property management for L.A. Swyer Companies and Chase Enterprises for over 20 years.  He was a Charter Member and Vice President for the Albany Chapter of Building Owners and Management Association as well as a 20 plus year member and Chairman of the Board of Assessment Review for the Town of New Scotland.  Paul was also a life member of the Herkimer Elks Lodge #1439.

Although Paul had many interest, including politics, tennis, the New York Yankees, playing the lottery, sitting in the hot sun with no hat on his head and drinking a cup of luke-warm coffee out of a paper cup; nothing compared to his interest in his children and grandchildren.  Paul’s life and legacy could be summed up in two words “Dad” and Grandpa”.  As a parent, Paul focused on instilling a love of learning onto his children and exposed them to every life experience available to them, including travel, the arts and sports.  Paul’s love of conversation was not lost on any of his children as they all enjoy hearing stories of childhood memories, discussing current events and listening to what others have to say.  Paul  showed his children what love was on a daily basis by supporting them through all of their ups and downs and by always being a guiding force in all of their life decisions.  Although he was always willing to impart his own knowledge onto his children, he was always more interested to hear what they had to say and what their opinions were.  As a grandparent, Paul was his grandchildren’s biggest fan.  Whether a ball game, a school play, an orchestra concert or a graduation ceremony, Grandpa was there with a proud smile on his face.  Every one of his grandchildren knew that they were special to Paul and that they were loved.  As Paul’s health declined in his final weeks, he would always muster up the strength to speak to his grandchildren and to ask about each of them.  Paul taught all of them the importance of family and traditions and his legacy will live on through each of them.

In addition to his wife of 58 years, Mary Louise, Paul is survived by his three devoted children, Denise (Frank) Grant, Renee (Alan) Fuierer and Paul (Mary Beth) Nichols.  Paul is also survived by his much loved grandchildren, Haley, Benjamin, Sophia, Max, Zachary, Alec, Nicholas, Isabella, Paul, Christopher and Hanna as well as his sister, Marilyn Pula.  In additional to his parents, Paul was pre-deceased by his baby brother, Lionel.

A Funeral Mass will be celebrated on Saturday, July 30th at 11:00AM at St. Matthew’s Church, 25 Mountainview St., Voorheesville. A calling hour will precede the funeral from 10:00AM to 11:00AM in the church.  Burial will be at the convenience of the family.

In Lieu of flowers, donations may be made in Paul Nichols’ name to the Melodies Center for Childhood Cancer and Blood Disorders at Albany Med and may be sent c/o Albany Med Foundation 43 New Scotland Ave. MC-119, Albany, NY  12208.

The family wishes to thank the staff at the Teresian House for their care these past few months.  They would also like to send a very special thank you to Paul’s private nurse, Sylvana DiLeva, for her compassion, love and support.