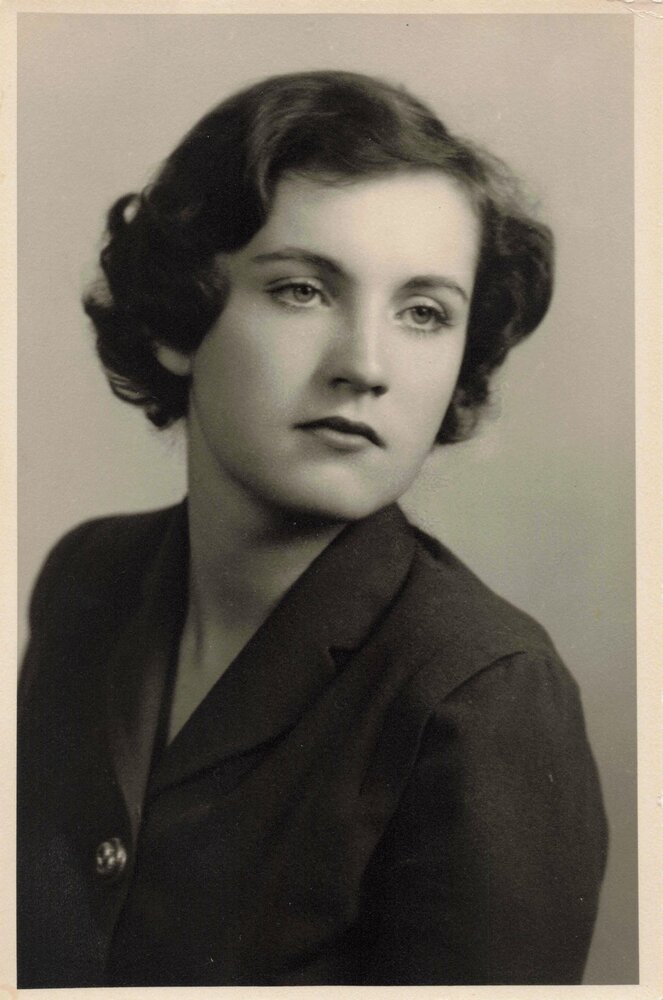 Jacqueline Jordan Shine died on July 4, 2022. Jackie was born on May 23, 1927 and had recently celebrated her 95th birthday with her beloved family. She was born and raised in South Weymouth, MA and spent every summer in Island Falls, ME.

She attended Bates College in Lewiston, ME. Upon graduation, she was offered a full scholarship in the PhD sociology program at the University of Chicago. Unfortunately, her father died and instead, she moved home to be with her mother for the next two years.

Jackie then moved to Palm Beach, FL and worked for a year in the hotel business. Her next stop was New York City, where she enrolled in Katharine Gibbs Secretarial School. She worked in advertising and later at Smith Barney, joining the all-male research department. She quickly rose to a full fledged Wall Street research analyst covering the industrial sector. She enrolled in NYU’s MBA program.

Jackie met the love of her, William Henry Shine, in 1957. They married and Jackie became a full time mother, raising four children in Short Hills, NJ and Pico Peak, VT. Jackie applied the same hard work and devotion to her her husband and children as she did her career. Jackie was an active volunteer at the Summit, NJ YMCA, teaching Down syndrome children to swim and the Millburn, NJ Neighborhood Association, which provided mental health services for those in need.

After Bill retired in 1987, they spent the next two decades living and playing golf at Harbor Ridge (Palm City, FL) and Baltursol (Summit, NJ). After Bill died in 2009, Jackie lived full time in Florida, golfing 3 days a week, until the age of 88.  After a fall, Jackie moved to a senior living facility, The Beverwyck, in Slingerlands NY to be near her daughter, Nancy Kearney, where she lived from 2016 until her death.

We were fortunate Jackie was with us for so long, that she led a happy and full life and we will miss her dearly. We will especially remember her fierce independence and strength of character, which made her exceptional in every way.