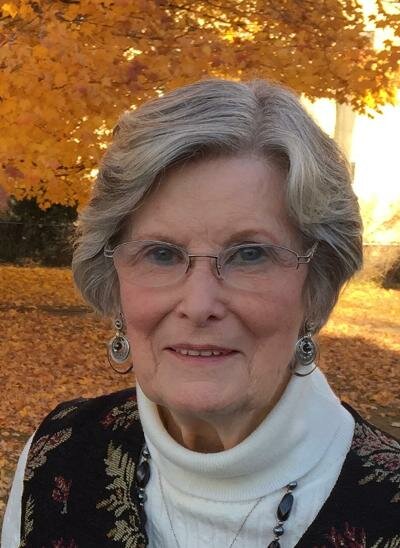 Obituary of Margaret B. Zimmerman

Margaret (Peggy) Zimmerman, née Brennan, passed away peacefully at home on June 25, 2022 in Delmar, NY at the age of 88 with her loving daughter, Deirdre A. (Zimmerman) Taylor by her side. She is survived by Deirdre, her son-in-law Dahl Taylor, grandson Kieran Taylor, sisters Theresa (Terry) Kittredge of Glenside, Pennsylvania and Eileen Brennan of Charlestown, County Mayo, Ireland, and brother Michael Brennan, also of Charlestown. Peggy also leaves behind in love numerous nieces, nephews and cousins on both sides of the Atlantic. She was predeceased by her parents, her devoted husband Joseph F. Zimmerman, sisters Ann Finn of Philadelphia, Pennsylvania; Maureen Duffy of Cloonamna, Kilmovee, Country Roscommon, Ireland; Catherine (Kathleen) Gleeson of Worcester, Massachusetts; and Norah Patricia (Pat) Neubert of Lansdale, Pennsylvania, as well as her nephew Mark Neubert of Lansdale, Pennsylvania and nieces Mary Blalock of Newport News, Virginia, and Christina Duffy of Tallaght, County Dublin, Ireland.

Born in Charlestown, County Mayo, Ireland, Peggy was the daughter of the late Michael and Mary (Egan) Brennan. One of eight children, she was raised by her mother after her father passed away suddenly when she was 11 years old. Peggy attended school at the Marist Convent in County Mayo, and worked at the Eureka theatre in Charlestown as an usherette, and at the Silkes Department store in Galway, County Galway. After emigrating to America in her early 20s, Peggy worked as a practical nurse at the Worcester State Hospital in Worcester, Massachusetts, alongside her sisters, Ann, Terry, Kathleen and Pat. It was at an Irish dance in Worcester that she met the love of her life, her husband Joe. The two married in Peggy’s hometown in Ireland in 1958, and seven years later, relocated to Delmar, NY after Joe accepted a position as a Professor at the State University of New York at Albany.

Crowned “Holiday Queen of the West” at a beauty contest in Ireland, Peggy was a true beauty inside and out. She lived life to the fullest and the impact on the lives of people she touched was both immeasurable and priceless. She had innumerable passions that she took to with grace and enthusiasm, including gardening, gourmet food, bowling, bridge, and cheering (often shouting) at just about any sport on television, to name only a few. Above all else, her true gift was her lightness and ability to make people laugh with her unique and charismatic sense of humor.

Peggy loved helping others and took great pride in all she undertook to help her friends and community, wherever she lived. She was a consummate and hardworking community volunteer, taking on any and all roles in which she could lend a helping hand and working tirelessly to do so. Among her community involvements, she was active in both Worcester Polytechnic Institute and SUNY Albany’s Faculty Wives organizations; the Red Cross; Welcome Wagon and Newcomer’s Associations; and the Salvation Army’s annual Christmas Stocking drives. Peggy had a knack for leadership, having risen to become President of every community organization she belonged to, save for one notable exception that many expected her to have. She never came to lead the Irish Hibernians – but only because, as she noted, a longer-standing member had seniority over her. Peggy was particularly proud of her time as a member of the Delmar Progress Club, serving as member and chairman of many committees, first Vice President, and President. She was recognized by Progress Club and the General Federation of Women’s Clubs of New York with the New York State Federation Honor Roll and awarded the Order of the Rose, both given in recognition of outstanding community and volunteer service.

For all her accomplishments, Peggy’s greatest joy in life was her family and friends. She was a compassionate, humorous and considerate wife, mother and grandmother, and got as much joy from her family as she gave to them. She possessed a special ability to bring a smile to those around her, and loved to act as a fairy Godmother to all her nieces and nephews. Peggy was forever committed to, and enamored with, her true love Joe – even serving as proofreader for every one of his dozens of published books, most of which he lovingly dedicated to her.

An extremely kind, loyal and selfless figure to everyone who encountered her, let alone called her a friend, Peggy was a lady in every sense of the word, always putting others’ needs before her own and doing whatever she could to help others. Quick with a smile, a song, or a joke, Peggy unfailingly had one of each ready at a moment’s notice for any occasion. However, many of these required a patient audience, as her infectious laugh would often emerge in fits well before she reached the punchline.

Those who knew Peggy would never forget her grace, her sense of humor, her abiding goodness as a person, and her many kindnesses, large and small. She was extremely social and outgoing, and had an interest in the world and anyone that crossed her path. Peggy accepted people the way they were, and made friends quickly and often wherever she went; quick and unafraid to voice her opinion, she couldn’t help but leave an impression on everyone she met.

Peggy was a devout Roman Catholic and a long-time active parishioner at St. Thomas Church in Delmar, NY, where she regularly volunteered visiting the homebound, praying the rosary with the elderly at Delmar Place, teaching Sunday School and organizing fundraising card parties and fashion shows for the Church. She was also exceedingly proud of her Irish background and spent just about every summer with family on the Emerald Isle, remaining loyal, devoted and supportive to her extensive family within the country and out through her entire life.

Her daughter would like to thank her “ladies,” who assisted in caring for Peggy through her passing, for their bottomless love, devotion, and friendship.

Though Peggy Zimmerman will be missed by many, her legacy lives on in the countless memories shared by them, the immense impact she had on her community and those she held close, and the love that she passed on to everyone fortunate enough to have known her.

In Ár Gcroíthe Go Deo. – “In our hearts forever.”

To send flowers to the family or plant a tree in memory of Margaret Zimmerman, please visit Tribute Store
Print
Sunday
10
July