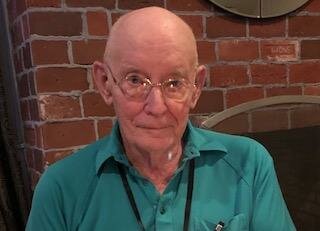 Born in Albany on November 9, 1929, he was the son of the late Francis and Katherine (Maul) Mosher.   He is predeceased by his wife, Helen I. Mosher (Peasley) and his three brothers, Richard Mosher, John (Jack) Mosher and Thomas Mosher.

Francis was a graduate of Vincentian Institute, Class of 1947.  He played baseball and softball as an adult and was inducted into the Albany Twilight League Hall of Fame in 2007.   He was a perennial All-Star who was a catalyst on The Roxy Cleaners Team which won 5 League Titles in the 1950’s.  He captured the league batting title in 1954 with an average of .439.  Francis was the co-owner of Mosher Construction Co. with his brother Richard in the Albany and Delmar area for many years.

He is survived by his children, Richard A. Mosher (Kathleen) and Katherine R. Bunzey (Paul), all of Murrells Inlet, SC, and Francis J. Mosher IV (Theresa) of Albion, NY; eight grandchildren and sixteen great grandchildren.

The family would like to thank the staff and residents at St Gabriel’s Assisted Living for their kindness and loving care and Agape Hospice for their wonderful care.

Relatives and close friends are invited to a private Graveside Service on July 25, 2022 at 11:00AM in the Bethlehem Cemetery, 286 Kenwood Ave, Delmar, NY.  Those who wish may send a remembrance in Francis’ name to St Vincent de Paul Society at ssvpusa.org.