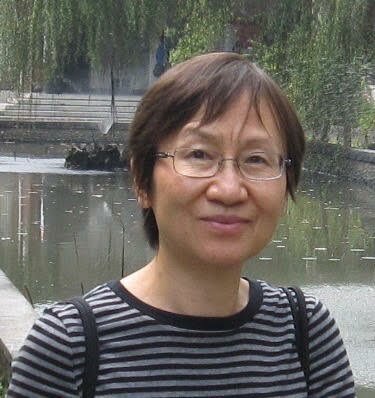 Slingerlands, NY – Chia-Swee Hong, age 69, passed away peacefully at home on May 17, 2022, surrounded by her loving family. She had battled cancer for eight years.

Born on October 17, 1952 in Chiayi, Taiwan to Chi-Chao and Wu-Tsai Hong, Chia-Swee was the third of six children. Close with all of her siblings, she enjoyed a happy childhood; she had fond memories of adventuring with her brothers and sisters in Chiayi Park and Botanical Garden next to their home.

In 1975, Chia-Swee graduated from Fu Jen Catholic University in Taiwan with a Bachelor of Science in Chemistry. That same year, she emigrated to the U.S. for graduate studies and met her future husband, Sai-Pei Ting, who was in the same program. A twist of fate brought these two Taiwanese immigrants together across the world in New York City––connected by a mutual friend who was Sai-Pei’s hometown neighbor and Chia-Swee’s college classmate. She lived in Brooklyn and he lived in Queens; they got to know one another sharing train rides and pizza slices after class. A New York love story.

Chia-Swee earned a Master of Science from Brooklyn College in 1978 and a Doctor of Philosophy from the City University of New York in 1980, both in Chemistry. She and Sai-Pei moved upstate to the Albany area after graduating, where he got a job at General Electric and she got a job at the Wadsworth Center, NYS Department of Health. As a Research Scientist studying environmental chemistry, she established a research group that investigated remediation technologies for PCBs and other pollutants. She conducted research on contaminants in farmed and wild salmon, and along the New York coast. She was also an Assistant Professor at SUNY Albany’s School of Public Health in the Environmental Health Sciences Department. Chia-Swee worked for the state for 30 years, retiring in 2010.

Chia-Swee and Sai-Pei settled in the town of Bethlehem to raise their family, bringing their daughter Grace into the world in 1981 and their son Gary in 1984. Like many full-time working mothers, she was stretched thin but her family never felt it. Loving, supportive, and encouraging, her children’s well-being was always her top priority. An immigrant mother who took deep pride in her roots, Chia-Swee instilled in her children a love for Taiwanese culture––passing along language, stories, values, traditions, and of course a taste for the delicious food. Traversing between two cultures wasn’t always easy or welcomed by her first-generation kids, but they grew to fully appreciate their mother’s efforts to nurture this fundamental piece of their identities.

In 2007, after both of her children had graduated college and were living in San Francisco, Chia-Swee began to experience chronic pain which became increasingly debilitating over the next seven years. In 2014, after countless visits to different specialists, it was finally discovered that the source of the pain was a cantaloupe-sized tumor growing in her abdomen and she was diagnosed with leiomyosarcoma, a rare soft tissue cancer. After it was removed, she enjoyed a new lease on life for three years before learning in 2017 that the cancer had metastasized to her liver and lungs. She battled the cancer for another five years before it ultimately got the better of her. She was tough as nails, though she would never have thought of herself that way.

The silver lining was that she squeezed a lot of life into her last eight years. After a lifetime of always putting others first, she finally prioritized things like doing the traveling she had always wanted to do. The family spent as much time together as they could–– during chemo breaks they visited Japan, Italy, France, Spain, New Orleans, and Portland, and road-tripped across the American Southwest. They also went on many local adventures to favorite haunts. This included quite a few foraging missions––a favorite pastime shared by Chia-Swee and her daughter, who inherited her mother’s love of all things green and wild. Both of her children moved back from the west coast to spend more time with her––first Gary, who moved to NYC and brought her beloved grandkitties Otter and Momo to live with her; and later Grace, who moved back home with her husband Colin and gave birth to their son Rowan Ting Dougherty just over a year ago. Ro-Ro had a special bond with his “Ah-Ma”––the two of them would light each other up––and although their time together was too short, it was precious beyond words.

The words that family and friends most often use when describing Chia-Swee are “loving,” “warm,” “generous,” and “kind.” Those who knew her best were also privy to her goofy side. She had a beautiful spirit and continued to find joy and humor in the little things, right up until the end.

Chia-Swee was the heart of her family and a powerful force that strengthened the bonds between them. She is survived by her husband of 44 years, Sai-Pei Ting; daughter Grace Ting (Colin Dougherty); and son Gary Ting. She is also survived by her mother Wu-Tsai Hong and siblings Kuo-Zong Hong, Chia-Hung Hong, Chia-Hsuang Hong, and Kuo-Long Hong.

Chia-Swee was predeceased by her father Chi-Chao Hong and one of her younger brothers Kuo-Yang.

A private celebration of life with family will be arranged at a later date.

In lieu of flowers, those who wish may send a donation in memoriam of Chia-Swee to www.communityhospice.org whose wonderful caregivers provided comfort to her at home during the last couple months of her time on this earth.

To plant a beautiful memorial tree in memory of Chia-Swee Hong, please visit our Tree Store