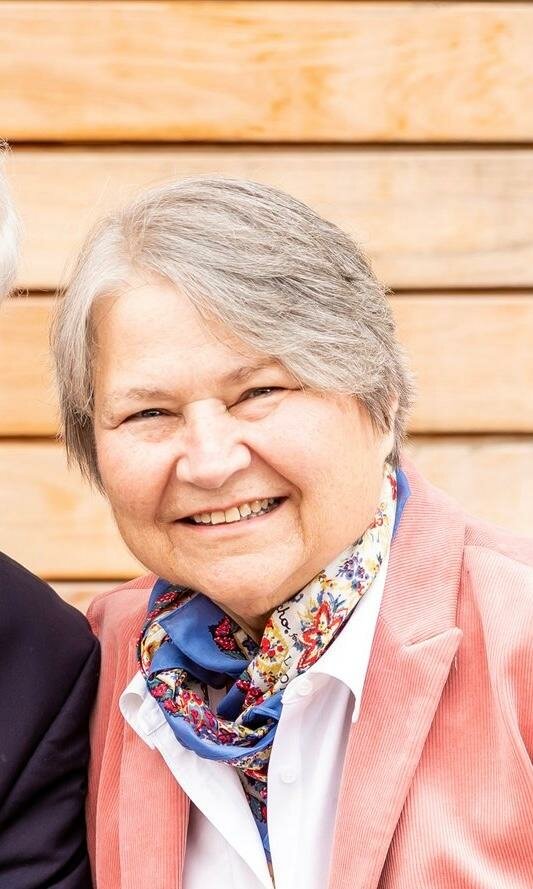 Barbara Asheld Stupp passed away on April 16, 2022, at the age of 70, at her home surrounded by loved ones after battling stage IV ovarian cancer for over three years. For those who were lucky enough to call Barbara their friend, family, or simply to know her, she was caring, nurturing, ready for life’s adventures, never sweated the small stuff, and never let her cancer diagnosis define her.

Barbara was a devoted wife, and is survived by the love of her life, John Edward Stupp, with whom she had been married for over 42 years. She was mother to Erica Stupp (Justin Pesta), Andrea Stupp (Daniel DiBartolomeo), and Elizabeth Stupp (Nicholas Triassi). Her grandchildren were her world; any day she could spoil them was a good day. Known as Grandma or as “Grandma the Barb” on formal occasions, she loved Veronica and Fredrik Pesta and Clara and Benjamin DiBartolomeo deeply. Baby Triassi is coming this summer and Grandma already loved them fiercely.

Barbara was born in Brooklyn, New York, and grew up on Long Island. She is predeceased by her parents, John and Helen (Pfeufer) Asheld. She is survived by her brothers, Dr. John Asheld (Beverly) and Jose Mateo and nephews, and a niece.

Barbara was a graduate of SUNY Oneonta and Albany Law School. Barbara was accomplished in the field of law, serving various positions at the NYS Department of Health, including as house counsel bureau chief. Upon finishing several distinguished decades of service with the state, she went into private practice at Nixon Peabody. Outside of work, Barbara always found a way to give back to her community as a volunteer with St Mary’s Outreach, Bethlehem Softball League, Zonta, Daughters of Charity, and the Oneonta Alumni Association.

In her not so spare time, she was an avid gardener who could identify any mystery plant presented to her, a wonderful baker who could turn the brownest of bananas into the best bread, appreciator of a good bargain while shopping, and lover of life’s small adventures whether running Saturday errands or traveling across the world. The salt of the ocean and coastline always called to Barbara, finding herself most calm and at peace by any body of water.

To say she was a devoted wife and mother is an understatement. She not only raised three wonderful daughters but through her sweet, protective, calm nature taught them how to love bravely, pick their battles, and that “you’ll never win the lotto if you don’t play” (which applied to the actual lotto and life in general).  For those whom Barbara loved, there is nowhere they could go that she won’t be with them.

In lieu of flowers, contributions in Barbara’s honor can be made to St. Mary’s Outreach Center, 10 Lodge St, Albany, NY 12207 or to the SUNY Oneonta Student Success Scholarship Fund by going to www.https://oneontaalumni.com/tribute

To send flowers to the family or plant a tree in memory of Barbara Stupp, please visit Tribute Store
Print
Monday
25
April