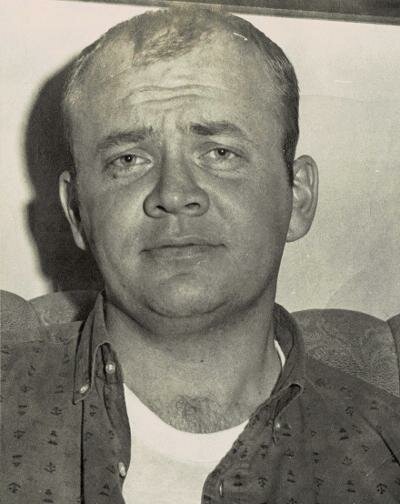 Following high school, Russ served as a staff sergeant in the United States Air Force (USAF) during the Korean War. He was stationed as a radio mechanic in Korea, Taiwan, and Japan.

After his military service, Russ attended the University of Massachusetts Amherst. Before graduating there with a B.A. in economics, he met his future wife and best friend, Donna Wojtowicz, in microbiology lab.

Russ worked in insurance for his entire postgraduate career. He was a health claims manager with Aetna Life and Casualty Co. — working for that company in Rochester; Saint Paul, Minnesota; and Albany — before moving on to work for the Lawrence Insurance Group.

He loved sports, particularly baseball. Russ was a pitcher for the USAF and even attracted some scouting attention from a major league baseball team. He continued to satisfy that passion for baseball by being a Little League coach for several years. Russ loved coaching his children and other kids in the community. When he wasn’t coaching, he was an easily recognizable fan at his children's and grandchildren’s events. He had a booming voice and was sometimes aided in his fandom with a red plastic horn.

In addition to watching his children and grandchildren play sports, he enjoyed watching professional sports. He was an avid fan of several Boston-area teams, especially the Red Sox.

At 6’ 4” tall and well over 200 lb, he could be an intimidating presence — until he smiled or laughed. He loved to tell jokes, listen to jokes, and do impersonations.

While he was a big guy, he was light on his feet. He and Donna enjoyed dancing in many of its forms, including waltzes, polka, disco, and Argentine tango. He also liked to relax and listen to music, especially jazz and R&B.

Russ enjoyed getting away from home from time to time, traveling to Cancun and Playa del Carmen every other winter, taking cruises, and visiting Cape Cod and other East Coast beaches. His favorite cities were San Francisco and New Orleans.

Among his other pleasures were growing vegetables and flowers, making flower arrangements, golfing, reading, and attending family gatherings with card games after dinner.

Russ loved his family and friends. He was a proud father of two sons, and his love for his wife was particularly touching. A true romantic, he would treat his wife, Donna, with lengthy love notes and thoughtful gifts and gave her a variety of sweet nicknames. Donna returned that love in spades.

He also loved animals. They could soften him in a second. He is survived by his furry buddies Teddy Ballgame, a black Labrador retriever, and Tigger, an orange Maine coon cat.

Donna was the epitome of a selfless caregiver as Russ’ health declined. When his condition became too complicated to manage at home, Russ went to Eddy Heritage House Nursing and Rehabilitation Center in Troy. While he longed to return home to be with his wife, he valued the compassionate, attentive care he received at Heritage House. Thank you to the Heritage House staff for all that you did for Russ.

Along with his wife, he is survived by his son Christopher and Chris’ partner, Lauren Madden; daughter-in-law, Maureen Lynch; sister-in-law, Joanne Cuipenski; nephews Warren “Skip” Kenyon, Robin Kenyon, and Michael Cuipenski; niece, Linda O’Hare; and cousin Florence "Babe" Fay. He was “Gramps” to his grandchildren, Cassidy Peterson and Liam Peterson, and to Michaela Holub and Madeline Holub. He also leaves behind many other wonderful family members and friends. He was predeceased by his son John, nephew Alan Cuipenski, and sister, Nancy Kenyon.

Visitation hours will be held from 10 a.m. to 12 p.m. on Saturday, April 16, at Applebee Funeral Home, 403 Kenwood Avenue, Delmar, followed immediately by a funeral service. Family members and friends are invited to attend. The burial will take place at noon on Monday, April 18, at Gerald B. H. Solomon Saratoga National Cemetery, 200 Duell Road, Schuylerville. To share a memory or message of condolence, please visit applebeefuneralhome.com.

To send flowers to the family or plant a tree in memory of Russell Peterson, please visit Tribute Store
Print
Saturday
16
April