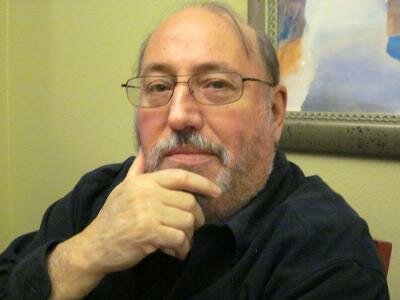 DELMAR - John Steven “The Hammer” LaBarge, age 74, passed away on March 21, 2022.   He leaves behind Fancy the Cat, his fleet of cherished Volvos, and assorted family members.

John grew up in Waterford, NY and western NY.  He graduated from the University of Buffalo, where he met the love of his life, Emrie Davis, during the riot.  No evidence suggests either of them were entirely responsible for the riot.

During the Vietnam War, John was a radio operator stationed in Germany.  While he was overseas, he communicated with his mother Ruby, father Frank and brother Paul back home via cassette tapes.  His love of radios and electronics then blossomed into a full time hobby.  Later in life, he could be found shopping but not buying electronics at various retail stores and was accused of being a secret shopper on at least one occasion.

Upon returning stateside, John married Emrie in western NY and started a family with their first child, Elizabeth, aka “The Trip Hammer”.  He began his career working for NYS DOT in Rochester, NY.  He got his big break building Interstate 390, also known as the Genesee Highway.

After a successful stint building roads in western NY, John ascended to the big city of Albany, NY where he became the Director of the Bureau of Consultant Management for the DOT.  It was here that he developed his strong and unwavering belief in roundabouts.  He reluctantly served as the president for the Albany Society of Engineers.

John loved canoeing so much that he didn’t believe it should be restricted by weather, season, or no trespassing signs. Only his respect for guard dogs could dissuade him from passage. He passed his love of canoeing over unexpected waterfalls down to his son, John Jr.

John the “Bird of Doom” wielded his fatalistic outlook for the betterment of others. He instilled a great respect for road safety to his youngest son, James, who thanks to John’s sage advice has avoided the car radio and other traps that end in “and then you die”.  Rather than a damper, John and his cynical fore-tellings always managed to leave people happy and laughing in his wake. He entertained his friends, family and grandchildren with his great storytelling.  His stories, which he was never caught embellishing, have been passed on to more people than he will ever know.

We will always love you.

To send flowers to the family or plant a tree in memory of John LaBarge, please visit Tribute Store
Print
Friday
25
March