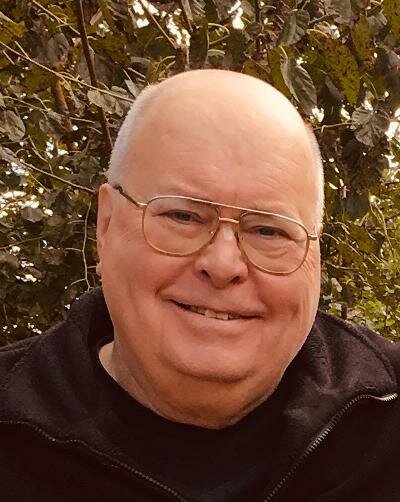 John V. Knight, 74, of Delmar finally left the party and went home on Thursday, March 17th 2022. John didn’t do Irish goodbyes: His wife, Mary Foley Knight, was holding his hand and old friends were literally coming to the door as he was leaving.

John was born on February 18th, 1948 to John Vernon Knight and Mary Banks. He was the best thing that ever happened to them. And he went on being the best thing that ever happened to us, his family and his friends. That kind of consistency was John’s superpower. And he kinda looked like Clark Kent too, but with an oversized, bucket-like head (though there wasn’t an ounce of ego in it.) John listened consistently. He negotiated deals between unions and employers as a federal labor negotiator for 30 years. He traveled consistently. Every year for decades he went to China, India, Egypt and everywhere else. He called up friends consistently. He enjoyed filet mignon regularly. He loved persistently and without reservation. When his stepdaughter wrecked his car, he asked if she was okay and then found her another one. When she became an actress John made it to every single show. He made a habit of watching Jeopardy! from his hot tub and sending his wife flowers for consistently unexpected reasons. When John went down to Florida he always took her to get soft serve ice cream from the same stand and watch the sunset over the Gulf of Mexico together. When his grandkids wanted to play a new game he always, always stopped what he was doing and asked what the rules were. He remembered things you told him years ago, things that you did not even remember. In the year of our lord 2022 John would mail you stories from the newspaper that had made him think of you. And though he struggled with glaucoma for years he never had a hard time seeing that you were smarter, more compassionate or more capable than you thought you were. When he came home from the hospital with a terminal cancer diagnosis, it was suggested to him that he could, should just not worry about paying his bills on time that month. He missed the joke entirely and grumbled “that’s not how you do things.” Could John be a bit of a stick-in-the-mud? That question has been raised once or twice over the years. The answer is yes. But he’s the strongest stick in the mud that ever was. We built our lives on top of that stick. That stick held us up like Atlas held the world. Now it’s gone, for a little while.

If you would like to hear more about John, please join us at Applebee Funeral Home on Kenwood Avenue in Delmar at 10 AM on Monday, March 21st. A visitation will be held from 10 to 11 am with a service to follow at 11 am. In lieu of flowers, think about sending a little something to either Doctors Without Borders or Partners in Health . Or pour yourself some Christian Brothers brandy, put on some Count Basie, look out your front window and think about how you can be like John for the people you love tomorrow. And the next day, and the next. That’s what we’ll be doing.