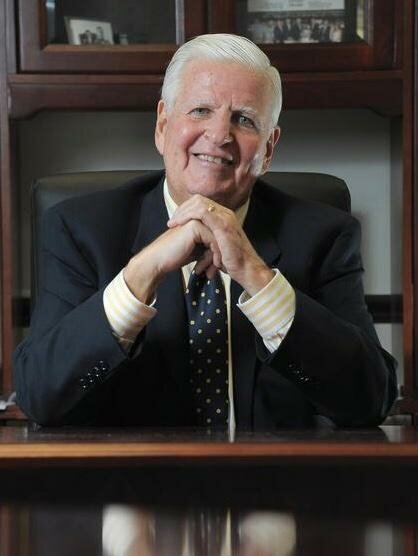 Bob was born in Brooklyn, New York and was the son of Gerard and Muriel Curley. He was the older brother of K-Lán (Bob) Rohde and Tricia (Charlie) Curley.

Bob grew up in Brooklyn, spent a few years in Southern California and then returned to Long Island and Westchester before settling down in the Capital Region for the past 30 years. After leaving the ocean on Long Island, Bob and Linda knew they wanted to find another body of water to call home and fell in love with Lake George.  Bob enjoyed boating and grilling with his large family while at the lake and was known to take the whole family to Martha’s Ice Cream.  Bob was an ardent Siena Basketball fan and was an annual ticket holder for over thirty years.  Family was everything to Bob. There was nothing that he enjoyed more than attending his grandchildrens’ sporting events, dance recitals and plays.

Bob was a first generation college graduate.  Bob’s banking career began as a teller while he was a twenty-year old junior in college.  After he received his bachelor’s degree in management from Dowling College, he was offered a position at Franklin National Bank’s prestigious Executive Development program.  Simultaneously he pursued his master's degree in Finance from Adelphi University and began rapidly working his way through positions of increasing responsibility.  During the period of 1976 to 1999, Bob was employed by KeyCorp, where he rose to the position of Vice Chairman of KeyBank N.A., and served as President and Chief Executive Officer of four subsidiary banks. In 1999 Bob became President and CEO of Citizens Bank and then Chairman of the Board from 2005-2009.  He went on to become Chairman of the New York region of Berkshire Bank in 2010 to present.  When asked what accomplishments make him the most proud he would always start his answer with “We” not “I”.  He took pride in the fact that he mentored more than 40 team members who have risen to Presidents of banks.

Bob was also very active in the community.  He served as Chairman of numerous boards and campaigns, including Catholic Charities, Coaches vs. Cancer, Wildwood Programs, Doane Stuart, the Sports Foundation, Junior Achievement, and the United Way. Bob also served on the boards of Siena College, New York Bankers Association, Double H Ranch, the Center for Economic Growth, Capitalize Albany, and New York Business Development Corporation. In 2009, Bob was inducted into the Tech Valley Business Hall of Fame.  He was recognized by numerous organizations including, Capital Region Chambers, The American Cancer Society, The Boy Scouts of America, The Little Sisters of the Poor, Northern Rivers, The College of Saint Rose, JDRF, LifePath Albany (formerly Senior Services of Albany) and the Crohn’s and Colitis Foundation. Bob was also proud to be actively involved in the Capital Region Chamber’s YPN (Young Professionals Network) Executive Mentorship Program.

A public viewing will be held at 9am on Monday, February 7th at St. Thomas the Apostle Church in Delmar, followed by a Mass of Christian Burial at 10:30am. Interment will take place at Memory Gardens in Colonie.

In lieu of flowers, those who wish to remember Bob in a special way may send a gift to support “The Robert M. and Linda Curley Scholarship” at Siena College Development & External Affairs, 515 Loudon Road, Loudonville, NY 12211 or call (518) 783-2432.

To send flowers to the family or plant a tree in memory of Robert Curley, please visit Tribute Store
Print
Monday
7
February