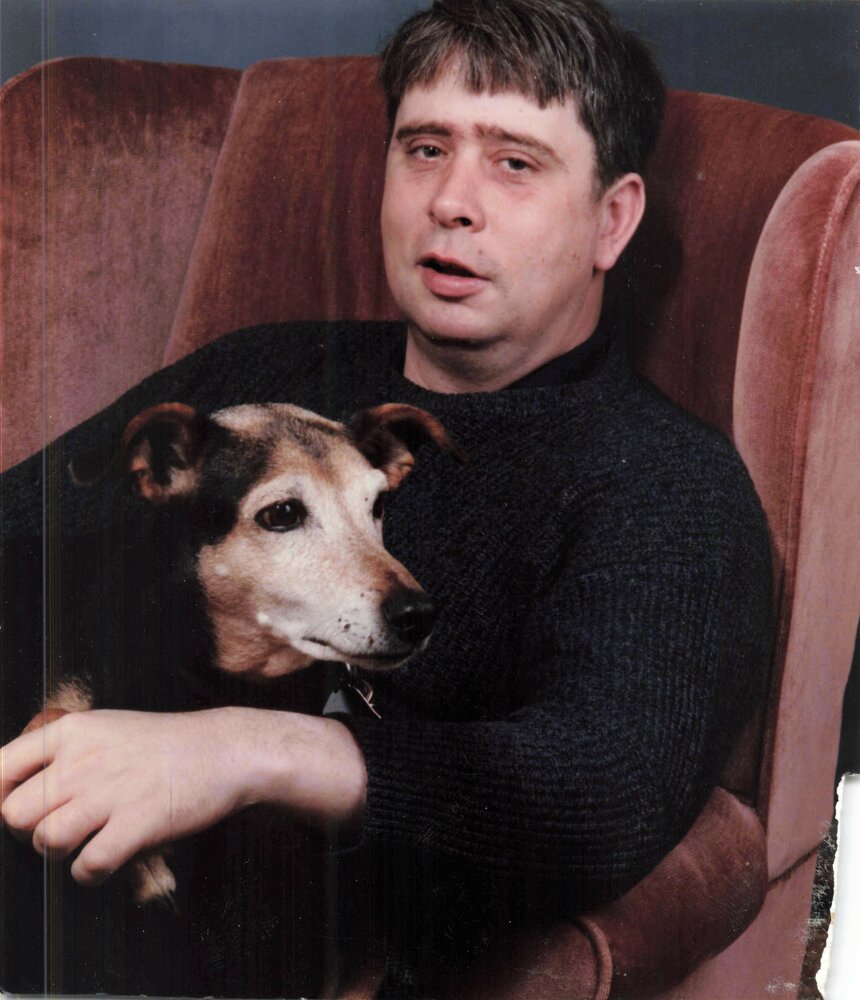 Timothy Mark Rice passed away peacefully on January 9, 2022, at the age of 65. Tim was born in Rhinebeck, New York on January 31, 1956. He was the second son of Clifford and Mary Jane Rice. Tim graduated from Bethlehem Central High School in 1974.

Despite the life-long effects of a traumatic car accident at 19, Tim led an adventurous life and had many notable accomplishments. Tim loved the outdoors and hiking with his beloved dog, Contessa. He climbed all the Adirondacks High Peaks at least once and became an Adirondack 46’er (#1692) in 1986. Tim also hiked the complete 270-mile Vermont Long Trail and much of the Appalachian Trail.

Tim headed West in the early 1990s, eventually settling in Silverthorne, Colorado where he made numerous friends working odd jobs and attending classes at the Colorado Mountain College. Tim returned to Delmar in 2004 for corrective surgery, but always hoped to return to Colorado someday.

Tim ran his own lawn care service, was an avid reader, loved Rock and Roll, and was a master jigsaw puzzler. He was a published author and was working on his second book. Tim also enjoyed woodworking, building furniture, and crafting - talents that he used to make special gifts for friends and family. He was an extremely generous, intelligent, thoughtful man. All of which, along with his infectious smile and great sense of humor, will be missed dearly.

Tim is survived by his mother, Mary Jane; brothers, Steven and David; cherished nieces, Nicole and Katharine; Uncle, Roger Dillon; Aunts, Marilyn Dillion and Anne Bush; and numerous cousins. Tim is also survived by his best friend, Hank Digesser. The Digesser Family always treated Tim like one of their own.

At Tim’s request, no funeral service will be held. His remains will be interred at the family plot in Calvary Cemetery in Glenmont, NY and a private memorial will be held in spring.

Tim can be remembered with donations to The Mr. Mo Project, Pack Ethic Rescue, or any rescue organization that cares for elderly and special needs dogs.