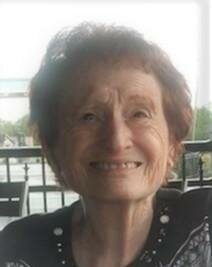 Carol was born in Albany, NY on March 25, 1934, to Peter and Claire Sivaslian. She was preceded in death by her husband, Eugene, and sister, Barbara Sivaslian Davis. Carol is survived by her niece, Catherine Nuno (Frank), three grand nephews and two great grand nieces.

After graduating from St. Agnes School, Carol attended Cazenovia College after which she worked in the insurance field until her marriage to Gene. She was an active member of the Daughters of Vartan, enjoyed playing the organ, and knitting.

Services were held privately.  Donations in her memory may be sent to Capital City Rescue Mission.