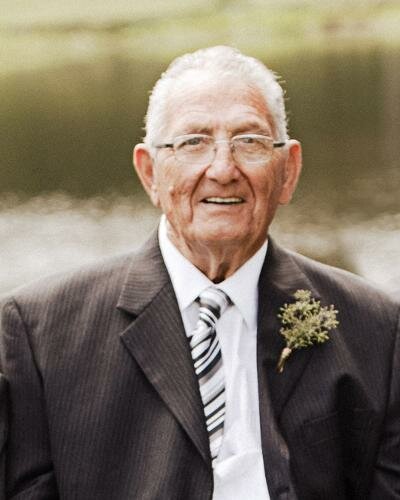 Joseph (Pino) DeAngelis of Slingerlands passed away peacefully on December 28, 2021.

Born in Sezze, Italy in the Province of Latina in 1927, Joseph immigrated to the Capital Region in May of 1956. He later co-founded a family tile, terrazzo and marble business, taking on projects at many notable institutions across the North East and Florida, including SUNY Albany, the New York State Museum, the Empire State Plaza and Macy’s in Manhattan.

He is survived by his beloved wife Ascenza, to whom he was married for 65 years. They were selflessly devoted to one another, building a family to emulate their kindness and generosity. In retirement, they traveled the world together, enjoying many months in their home town of Sezze. They wintered in Boca Raton, Florida, entertaining their family and friends with elaborate dinners, card games and many, many laughs. Ascenza cherished him, taking especially loving care of him in his final years. His favorite thing in the world was his family. At large family gatherings, as a nonno, he would proudly say “Look at the mess we made.” Besides spending time with his family, he was most at home in his garden, where he was known for growing world-class tomatoes.

He was preceded in death by his parents Vincenzo and Augusta; brothers, Marcello, Francesco and Augusto; and sister Annunciatina. He is also survived by his sons, Joseph Jr (Theresa) and Michael (Mary); daughters Patricia (Kenneth) and Lisa; grandchildren Evan (Dareshanie), Adam, Giuliana, Michele, Alexandra, Isabella, Luca and Joseph; a great grandchild, Augustus; and a brother, Luigi.

A private Funeral Mass will be celebrated in St. Thomas the Apostle Church, Delmar followed by entombment in Memory Gardens, Colonie.

In lieu of flowers, the family welcomes contributions to the St. Jude Children’s Research Hospital.