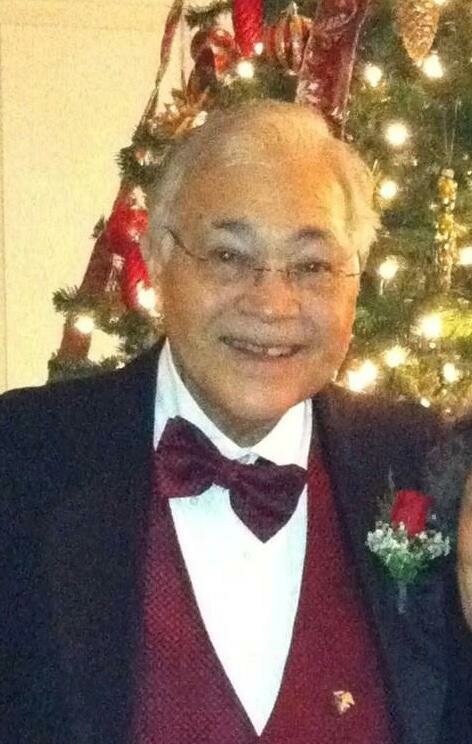 The following is the Zoom link to view the funeral service for Dr. Thornton on Monday, December 20th at 10 am:

Dr. Maurice Thornton was born in Birmingham, AL on December 31, 1930, to the union of Alberta Jones Thornton and William Lee Thornton.  He confessed Christ at an early age and joined Bethel Baptist Church in Collegeville. He attended Hudson Elementary School and the historical A. H. Parker High School. While there he demonstrated an early interest in American and World History. He finished first in a statewide World and American History Achievement Test and was awarded a plaque for his achievement at Alabama State University. Maurice attended Alabama State University and graduated in 1952 with a major in Secondary Education. While a student, he worked in the Graduate Office and was initiated in the Omega Psi Phi Fraternity, Inc.

He was drafted into the Armed Forces during the Korean War and for two years served in the Medical Corps at Fort Jackson, SC. He was honorably discharged as an NCO.

Maurice then attended Case Western Reserve, and School of Social Science in Cleveland, Ohio. He interned at Cuyahoga County Welfare Department and was recruited to work as a Social Worker at that Agency. Maurice became head of The Neighborhood Youth Corps. He served as Director of Personnel at the Agency. He was then recruited by Cuyahoga Community College to assume the position of Affirmative Action Officer. He was the first person to hold that position in a College or University.  Struggle.

Dr. Thornton made time in his busy schedule to engage in Civil Rights activities.  He was a participant at the “Historic March on Washington, DC” in August 1962.  While there he reconnected with the Reverend Fred Shuttlesworth and others from the Birmingham Civil Rights Struggle (youtube.com 50th Anniversary of the March on Washington).

As a “Lifelong Learner,” Maurice earned an MA at Cleveland State University in Education (1973) and a Ph. D.in education at Nova University, Fort Lauderdale, Florida (1981).

In 1982, he came to Albany, New York to become the Director of Affirmative Action for the State University of New York (SUNY) System which encompasses 64 campuses. He retired in 1998 and became Adjunct Professor in African Studies for ten years at University at Albany, SUNY, and lectured at Hudson Valley Community College in African American History, African American Family and The History of the Civil Rights Movement. In 2010, he retired from Hudson Valley Community College.

His passions and activities include family historian, writer, publisher of The Thornton Family legacy Book.

Maurice was a charter member of and Grapter for the Albany chapter of Beta Psi Boule, Founding member of Albany chapter of 100 Black Men, Lifetime member and a vice president of  the 369th Veterans Assoc. Life member of Omega Psi Phi Fraternity, Inc., Elder at Westminster Presbyterian Church, Board member of New York State Department of Health Data Protection Review and Capital District Council of Churches, and a public speaker and Book Reviewer for Albany Public Library.

His significant achievements include being the first person to ever hold a full-time position at a college or university in Equal Opportunity in America and many citations and awards in education and public services.

Your words have comforted us, your support has strengthened us, and your love has sustained us. The family of Dr. Maurice Thornton extends our deepest thanks and gratitude for your embracing love, prayers, and kindness during his illness and transition.  Special thanks to the Albany District Links, Beta Psi Boule, 100 Black Men, Omega Psi Phi Fraternity, 369th Veterans Association, Westminster Presbyterian Church, and St Peter’s Hospital. May God continue to bless you and your family.

To send flowers to the family or plant a tree in memory of Dr. Maurice Thornton, please visit Tribute Store
Print
Sunday
19
December