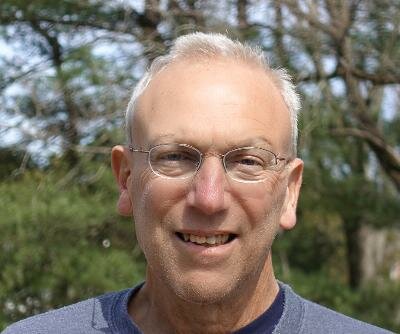 Peter (Pete) Herzfeld, 70, of Delmar, passed away after a 10-year battle with Multiple Myeloma on Friday, December 3, 2021 at Albany Medical Center Hospital.

Born June 2, 1951 in Queens, NY to the late Irving and Pearl (Fullenbaum) Herzfeld, Pete was a 1969 graduate of Spring Valley High School in Rockland County, and graduated from the University of Albany in 1973 with a MS in Mathematics. He went on to receive a masters degree in Statistics from Union College in 1983. In 1974, Pete started work as a Research Scientist in the Bureau of Biometrics and Health Statistics at the New York State Department of Health. He spent his entire career at DOH, retiring in 2010, after the state made him an offer he couldn’t refuse – an additional two years on his pension.

Pete met his wife, Sue, at the University of Albany during his first semester there, and they married five years later on May 29, 1976.  Pete was a loving, kind and devoted husband, who was always there for Sue, through her battle with breast cancer years ago and other difficult times in her life. He had a wonderful, wry sense of humor and a way of delivering one-liners that brought much laughter to Sue and to family and friends. He was an attentive and loving uncle to his nieces, nephews and great-nieces and nephews, and they adored him in return. His nephew Andy Mitchell said it was so easy talking to Uncle Pete that “he was kind of like an older brother.” Pete also was quick to offer support and comfort to friends and relatives when needed.

Pete and Sue shared a passion for bicycling, taking many weeks-long bike trips throughout different parts of the United States and Europe, and remained married in spite of some poor trip planning by Sue. On a trip to Ireland, they found themselves bicycling up hills so steep that Pete asked Sue if she was trying to kill him, landed in lodging seemingly operated by the Addams Family, and riding rental bicycles so badly maintained Pete got a flat tire coming down the Conor Pass and had to walk 5 miles into town. They also took many memorable bike trips with their friends Roy and Marie from Arlington, VA, who they met on a bike tour in Greece. Together they biked through the Amish Country, along the Blue Ridge Parkway, in North Carolina, Southern Ohio, and Cape Cod. Pete was happy to be able to continue bicycling until last year, even though the distances he was able to do declined over the years.

Pete loved to play basketball, participating in several leagues and pick-up games over the years until he was diagnosed with Multiple Myeloma. He liked to recall the time a friend recruited him to play on a team at Albany Law School, where, because of his height, long arms and muscular build, he found himself the designated guard for a particularly aggressive player known for throwing a lot of elbows, Andrew Cuomo. Another of Pete’s lifelong passions was thoroughbred horse racing. He would go to Saratoga Race Course many times over the summer and until this year, he never missed an opening day or Travers race. Pete followed the horses on a daily basis, compiling statistics and handicapping races at tracks across the country. After he retired, the TV was often tuned to the racing channel, and the trumpet call to post became a familiar tune to Sue. He implored his nephews and nieces not to plan their weddings on Travers Day, and Sue knew not disturb him on the “horse holidays” of Breeder’s Cup and the Triple Crown races.

An enthusiastic and eclectic music lover, Pete frequented rock, blues, folk, bluegrass, and classical concerts with Sue at Saratoga Performing Arts Center, Tanglewood and other venues. He also enjoyed hiking with Sue at nearby preserves and parks as well as national parks across the country.

A Celebration of Life will be held on Saturday, December 11, 2021 at 1 PM at Applebee Funeral Home, located at 403 Kenwood Avenue in Delmar. There will be no calling hours. The family is requesting that those wishing to attend the memorial service be fully vaccinated against Covid-19 and wear masks during the service.

Donations in Pete’s memory may be made to the Multiple Myeloma Research Foundation (themmrf.org), whose mission is to drive discoveries for new treatments for Multiple Myeloma. Sue wishes to express her sincere gratitude to the many family members and friends who have provided much needed support and comfort during this difficult time.