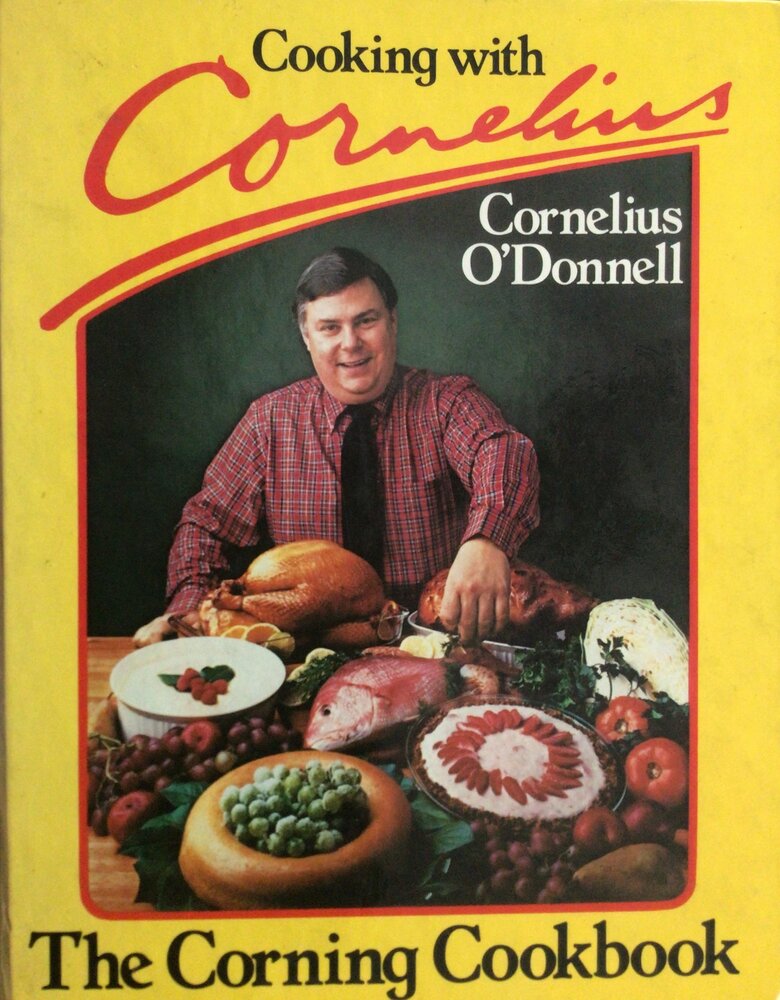 Corning, NY: Cornelius W. (Neal) O’Donnell Jr., 86, died September 7, 2021. He was an avowed “home cook” whose great joy in his middle years was passing along workable recipes, cooking tips and techniques. He learned these things through an extensive cookbook collection, many signed by the authors who were his friends, and by following his favorites on their TV cooking programs. “No competition, reality shows for me. He wanted to learn techniques, short cuts, and how to cook unusual ingredients” .

Neal (old high school friends called him Cornie) was born in May 1935 in Manhattan, the firstborn son of Cornelius Sr. and Genevieve (McCloskey). His brother, the late Robert O’Donnell, was born 15 months later. The family moved to Queens Village on Long Island and in the middle of the Second World War years they moved to Syracuse where, eight years later, his brother Arthur (now living in Waxhaw, North Carolina with spouse Tricia) was born, and two years later his sister, Nancy (now deceased) joined the family. In 1949, the O’Donnell’s moved to Delmar.  Neal graduated from Vincentian Institute (1953) and then Siena College (1957) where he was vice-president of the Student Senate in his senior year and a columnist for the college newspaper.

He was an ROTC cadet and, after receiving his commission and going on active duty in 1957, ultimately achieved the rank of First Lt. while serving in peacetime Korea, 1958-1959. He was Adjutant and Personnel Officer for a Battle Group. He also managed the Officer’s Club. His six fellow artillery officers maintained their friendship and boasted several reunions including one Neal hosted in Corning.

Neal worked in advertising for a leading Albany advertising agency for a time and in 1963 graduated with an MBA from the Wharton School of Finance at the University of Pennsylvania, where he was elected to the business school honor society Sigma Beta Sigma.

A viewing in Philadelphia of the television program “Opening Night at Lincoln Center” sponsored by Corning led him to an interview with the company and he began in the Advertising Department of Technical Products in 1963, subsequently transferring to Consumer Products where he remained for the rest of his career. Meanwhile he became ad manager for Corning Appliances and enjoyed a long-standing friendship with the famed James Beard, who endorsed the appliances on TV and in magazine ads.

As the eldest child, Neal learned to cook helping his mother. His radish roses and celery brushes were legendary! He continued cooking for friends in Corning and relished in entertaining and conversation. He soon found himself as Spokesperson for Corning’s Cookware. As such, he was sent all over the U.S. and to many parts of the world including Australia, the Philippines, Canada, England and, most frequently, Japan. In all these places, he appeared on television and then in department stores demonstrating the Corningware.

.
As Manager of Creative Services, he became the writer of a column promoting Corning products that appeared in national magazines, among them House and Garden, Bon Appetite and Woman’s Day. Corning formed an alliance with the March of Dimes, whose goal is the eradication of birth defects. One source of income for the organization was Gourmet Galas held in major cities and featuring a cooking competition between local and national celebrities. Neal judged about 140 of these black-tie competitions and, as he stated, wore out two tuxedos. Thus he met and judged with the likes of Jacques Pepin, Pierre Franey, Craig Claiborne, and Martha Stewart, among others.

With the help of several of the area “good cooks” he wrote the “Cornelius for Corning” cookbook that won a “Tastemakers Award” as one of the best cookbooks of 1983. Subsequently, he edited the “Designed for Living” cookbook and continued to write weekly newspaper columns in the Elmira Star Gazette and then the Corning Leader. After “retirement” his food-oriented essays appeared in the area’s Mountain Home Magazine.

Neal and Pat Dugan started the Culinary Classes at 171 Cedar Arts Center that continued for almost 20 years and featured both Neal and Pat’s classes and then area chefs. Neal continued to plan and emcee the classes for several years.

Neal was an avid collector of early 19th century caricatures and Staffordshire Figures from the same period.

A Memorial Mass will be held at St. Thomas the Apostle Church, 35 Adams Place, Delmar, NY on Tuesday, October 26, 2021 at 10:30 am followed by burial in Calvary Cemetery, Glenmont, NY.

To send flowers to the family or plant a tree in memory of Cornelius O'Donnell, please visit Tribute Store
Print
Tuesday
26
October