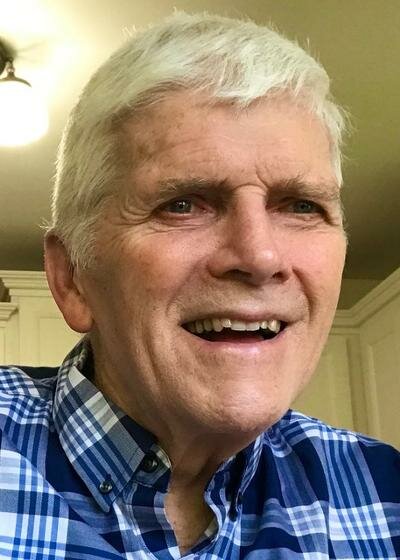 John Willard Ainsworth, 81, of Glenmont, NY, went home to be with his Lord and Savior on August 30, 2021 due to complications associated with Parkinson’s Disease which he faced with courage, dignity and grace for 31 years.

John was born in 1940, in Rochester NY to Harvey and Yoto Ainsworth.  John was active in sports, music and scouting in High School, eventually earning the rank of Eagle Scout.  He attended Houghton College where he met his future bride, Karen Salvesen, before graduating in 1962.  Thereafter John volunteered with the Peace Corps for two years teaching English in the Ivory Coast. Upon returning to the States, he taught at Hudson Valley Community College while obtaining his Masters degree from the College of Saint Rose.  He then spent over 25 years teaching biology and chemistry in the Hudson City School District.

John’s love for God, his devoted and beloved wife, his family and learning new things knew no bounds. John and Karen were married in 1964 and lived in the Town of Bethlehem for over 50 years.  He was a member of the Bethlehem Community Church since its early days.  John served as an elder, Sunday school teacher, worship leader, choir member, Boys Brigade leader, and Bethlehem Christian Workshop teacher for many years with the church.  His love and talent for singing included duets with his wife, touring in college with a quartet, performing at church and in weddings and playing the lead role of Peter in the Christian Musical, The Witness.  John performed this role for 10 years, touring with Christian Music Ministries.  He was also a founding member of the Bethlehem Senior Chorus.  Even when speaking became difficult, he was adding harmonies to favorite hymns, oldies and campfire classics from his scouting days.

John’s interests were wide ranging and he happily shared his joy of discovery with all who crossed his path.

John’s lifelong fascination with nature began as a young child and continued throughout his life.  He loved sailing his Sunfish and Gemini on Lake Pleasant, taking canoe trips with family and friends, hiking in the Adirondacks and elsewhere, cross-country skiing and traveling to some of the most beautiful places both in the US and abroad. John built his own light weight canoe long before that was commonplace. His canoe, a source of pride, still hangs in the garage.

An early adopter of all things technological, John loved to explore whether it be conversing with others around the globe with his ham radio set-up or working with the earliest of computer systems and mastering Commodore 64 Programming. Likewise John took up jogging and ran five marathons when such things were seldom heard about.

Everything John did he did with passion, enthusiasm, good humor, and love.

John is predeceased by his parents and his sister Carol Ainsworth.

The family wishes to thank the Bethlehem Community Church family, friends and neighbors for their love and support. Additionally heartfelt thanks are extended to the many wonderful caregivers over the years including the St. Thomas care team volunteers, Community Hospice and especially Dr. Molho and his Albany Med. Neurology team.

Donations in John’s honor may be made to the Bethlehem Community Church, Parkinson’s Foundation, or the Capital City Rescue Mission.  A memorial is being planned for later this fall.