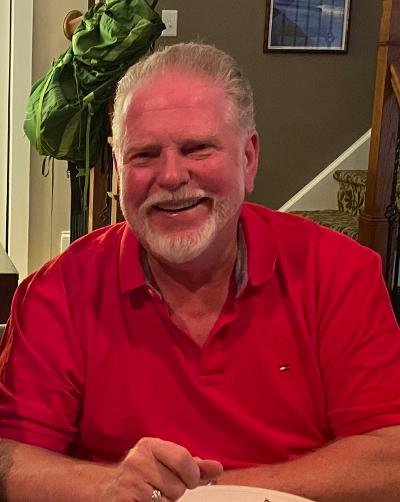 Ronald E. Reuter passed away suddenly in his home on August 1, 2021, having recently reached his 74th birthday.  He is survived by his only son Matthew, his brother Dennis, and niece, Nancy, and his great nephew, Colton, as well as many of his cousins residing in Albany, Atlanta and Vienna, Georgia.  He is predeceased by his loving wife, Barbara.

He was born in Catskill NY during the post-WWII era, on July 19, 1947 to a loving mother, Helen C. Reuter and father Julius L. Reuter, and grew up in Athens, NY.  He enjoyed playing baseball with his father and brother, spending time with his family, and with his grandfather and uncle in the upholstery shop in Catskill, enjoyed exploring the far fields around his childhood home, and loved taking the summer trips to Georgia to see his mother’s family and the old farmstead.

After attending Coxsackie-Athens High school, he attended Siena College where he received his Bachelor’s degree. Prominent memories he cultivated while at Siena included his relationships with Friars, studying under the famous Father Sixtus O’Connor, his first experiences of the vow of poverty taken by the Franciscans, and the impact his sociology courses had upon him.  Cumulatively his experience at Siena College led and inspired him to become the first catholic in his family.  He graduated from Siena in 1970 and went on to earn his MA Education from the College of St. Rose.

His first teaching experience was at St. Mary’s in Hudson before joining Vincentian Institute in Albany, NY, 1971-1976.  He was a very highly regarded member of the faculty at Vincentian Institute (V.I.), was the moderator of the Debate club, a member of the POETS, and inspired hundreds of students from around the capital region that attended V.I.

After he married his loving wife Barbara in October 1975, Ron’s career in education continued at Tamarac High School in Brittonkill Central School District which spanned from 1976 until 2009 when he retired.  He had a love affair with American history, and taught this in addition to sociology, participation in government, economics and was the varsity baseball coach for several years.  He was so loved by his students and they will forever remember his unbridled enthusiasm, his laugh, and the infamous “Reuter cards.”  A quote he often used to recite to his son was “the only way to teach is the personal way” (St. Thomas Aquinas).

Ron shared a love for antiquing with his parents and loving wife, Barbara, was very well read on American history and current events, was devoted to Barb’s and his home in Delmar, enjoyed summer trips to Ogunquit, ME and Cape Cod and had very fond memories of the trip he took in 2000 with Barbara to Hawaii to renew their wedding vows, and the trip he took with Barbara to Italy during the Fall of 2015, which he felt so fortunate to have done.

Ron has been a proud taxpayer in Bethlehem since 1976, has been a lifelong supporter of St. Thomas Catholic Parish, was a strong supporter of education and his Teacher’s union at Tamarac, and felt called to live out his life on the right side of history.  Ron was a proud and progressive lifelong Democrat and believed strongly in our government’s ability to have a transformational impact on society through innovative policy creation.  Ron’s pursuit of the truth, and giving back to his community through education, defined him as a colleague, friend, and family member, and was integral to his civic duty as an American citizen.

He is and will be forever and deeply missed by his family, his friends, former colleagues and the influence and love he impressed upon them.

Relatives and friends are invited to call on Thursday from 4 to 7 pm at Applebee Funeral Home, 403 Kenwood Ave., Delmar.  A funeral mass will be celebrated 9 am Friday at St. Thomas the Apostle Church, Delmar.  Burial will be in Bethlehem Cemetery, Delmar.

To send flowers to the family or plant a tree in memory of Ronald Reuter, please visit Tribute Store
Print
Thursday
5
August