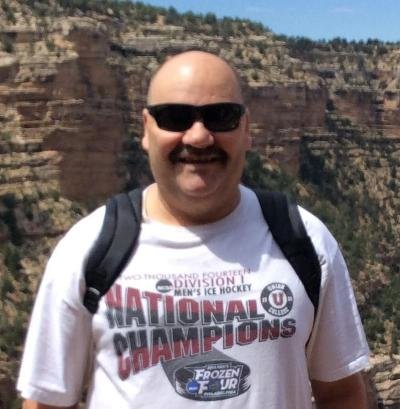 Obituary of James A. Clark

It is with great sadness that we announce that James Allen Clark, of Delmar, New York passed away peacefully at St. Peter’s Hospital on July 29, 2021.   James was one of five children born to Charlotte (Currier) and Lloyd Clark on November 16, 1954 in Elizabethtown, New York.

James married the love of his life, Victoria Mayo Clark on August, 17, 2002.  In addition to being a loving and devoted husband to Victoria, he was the father of two children, two step-children, and ten grandchildren:

Step-son Shawn Pike of Alexandria, VA and his children Wesley Pike and Barrett Pike and  step-daughter Jessica Hulihan of Wilton, NY and her children Quinn Hulihan and Pierce Hulihan.

James also had wonderful relationships with his daughter in-law Lauren Pike, and son-in laws, Andrew McKenna and Timothy Hulihan, whom he held in high regard.

He is pre deceased by his parents, his brother Lloyd Clark and sister Veronica Johnson.

James was employed by Union College since 1990 as a Stationary Engineer.  Although James was responsible for the maintenance of many buildings on the campus, his favorite task was taking care of the hockey rink, which was a labor of love.  He was often found working on the controls for the rink to ensure that it was operating efficiently or spending time in the locker room spending time with the players.  He was a passionate Union hockey team fan and never missed a game, even traveling with the team to away games on occasion.

As a jack of all trades, James was constantly assisting friends and neighbors with their plumbing and electrical home improvement projects, and enjoyed teaching them how to go about each task.

The Applebee Funeral Home of Delmar invites you to share online condolences with the family.  In lieu of flowers, donations in memory of James may be made to the Pancreatic Cancer Action Network:  https://www.pancan.org or Homes for Our Troops:  https://www.hfotusa.org.