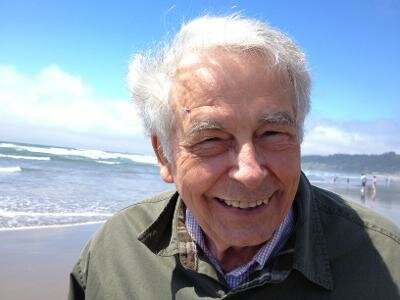 Dr. Lawrence Clement (Larry) Snyder, 89, a world-class scientist and former chair of the Chemistry Department at the University at Albany, died peacefully in Albany following a brief illness, July 15, 2021. He was born April 16, 1932, in Delaware County, Pennsylvania, to Lawrence and Barbara Boyer Snyder.

Larry had a remarkable life and was many things to many people. He was a precocious son, loving husband, dedicated parent, scientific colleague, mentor, and friend. He lived in several places from the east coast to the west —from Pennsylvania to Ohio, to California where he grew up, back to Pennsylvania for graduate school, and finally to New Jersey and New York for his professional life. After receiving his Bachelor of Science degree in chemistry at the University of California at Berkeley (1953), Larry was courted by both Harvard and MIT for their graduate programs; but Larry chose the Carnegie Institute of Technology where his goal was to study coal chemistry, a goal that was to change shortly after he began his graduate work. He was mentored there by Professor Robert G. Parr, among the first to apply quantum theory to chemical systems, and a noted collaborator of Nobel laureate Walter Kohn. Larry received his MS (1954) and PhD (1959) degrees in chemistry at Carnegie.

His career as a physical chemist was rooted in decades of research starting at the prestigious Bell Laboratories (1959-1984) in Murray Hill, NJ. After a distinguished career with Bell Labs, in 1980 Larry accepted a position as chair and professor at the Department of Chemistry at the State University at Albany. His leadership of the Department of Chemistry from 1980 to 1982 was seminal in the successful transition of the department to a doctoral degree-granting program. Larry was appointed by the Provost as a Vincent O’Leary Professor from 2011 to 2014. Although he “officially” retired from the University in 2014, he continued to participate in departmental affairs.

Larry’s interests were as varied as his talents. Those who have known and loved him saw how he savored simple things with the same passion that he pursued the subtleties of science. Kind and gentle with a ready smile and infectious laugh, Larry was fun-loving and sometimes unpredictable. In recent years, he most enjoyed visits to the farm with his family; reading; and long conversations and and times of quiet at home with his wife, Lynn Ashley, while sitting in his favorite chair with Puddleoffur, the family cat, at his side.

Larry was also a creature of habit. He never missed preparing his ritual breakfast. The daily ceremony was known to family and friends as his ‘petit déjeuner’ and most frequently was comprised of a mélange of fruit, yogurt and biscotti — or leftovers from an always-anticipated weekly ‘breakfast with the guys.’ Larry was particularly fond of avocados, fresh shrimp, fried clams, and carrot cake. He loved classical music, the theater, and his signature Hawaiian shirts. He was an avid birdwatcher, and happily filled the feeders outside his Voorheesville home every day of the year. In addition to his family and his work, Larry devoted much attention to his farm, an old dairy farm he purchased in the Catskills nearly 60 years ago. Larry found in the farm a place to meditate and relish nature. He was never more content than sitting on the porch watching wildlife — scampering chipmunks brought a familiar twinkle to his soft brown eyes — or walking through acres of carefully tended woodland. More than 50,000 trees were planted under his stewardship; and in recent years he grew increasingly committed to preserving the American chestnut. The farm and the forest are among Larry’s ongoing gifts to his family and others.

Larry loved science. Science engaged his lifelong sense of awe and wonder. It encouraged him to take risks and seek adventure in his life and work. It shaped his perception of beauty and harmony in nature and the universe. His doctoral dissertation centered on quantum chemistry; his research interests over the decades focused on silicon and aspects of semiconductor systems. He published more than 125 papers, contributed to several scholarly texts, and co-authored a book, Molecular Wave Functions and Properties.

A former colleague wrote, “He was one of a vanishing breed of folks with a deep understanding of the fundamental aspects of nature.” That understanding is typified in a quilt he ultimately commissioned based on research undertaken with his last doctoral student. Having intuited that there was a slight error in computer output, he worked out by hand the beauty and symmetry of some properties of electrons in graphene, the form of carbon useful in semiconductor electronics. Despite his varied abilities and achievements, Larry was authentically modest. When shown a book listing the great scientists throughout history he simply smiled upon seeing his biography.

Larry was preceded in death by his first wife, Anne Svedi; his parents, Lawrence and Barbara Snyder, and his brother John. He is survived by his wife of 32 years, Lynn Ashley; his stepson, Justin Carrier of Portland, Oregon; his daughter Lenore Snyder, and sons, Leland and Evan of New Jersey; two grandchildren, Jonathan and Jovan, and a great-grand-daughter, June. His ashes will be placed at his beloved farm as well as in Northumberland, PA, near the gravesites of his parents, and also near the gravesite of the discoverer of oxygen, the Rev. Dr. Joseph Priestley, Pennsylvania.

Larry’s appreciation for the beauty found in ordinary objects and everyday life inspired him — at the age of 81— to write an essay on science and the human spirit. In it, he quoted the poet William Blake:

To see the world in a grain of sand

And heaven in a wildflower,

Hold infinity in the palm of your hand

And eternity in an hour.

A Celebration of the Life of Lawrence Snyder is planned for October 8, 2021, at 2:00 pm at Alumni House on the perimeter of the University at Albany campus. For those who wish, contributions may be made to the Snyder Scholarship Awards in Chemistry at UAlbany, either online (www.albany.edu/giving), or by mail (checks payable to The UAlbany Foundation, 1400 Washington Avenue, UAB 226, Albany, NY 12222) Please indicate your gift is in memory of Larry.