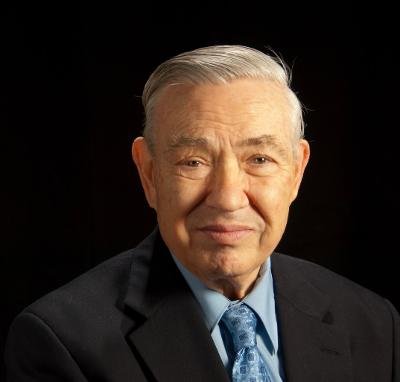 Obituary of Hans A. Pohlsander

Hans Achim Pohlsander of Phoenixville, PA, passed away on 26 June, 2021.

He was born on 10 October 1927 in Celle, Germany, the son of Hermann Walter Pohlsander and Bertha Schoeneberg Pohlsander. He was the brother of John D. Pohlsander of Marshall, Arkansas. He was predeceased by brother Herm Gerdt and sisters Marlena Schumann, Ingrid Perkins, and Alheit Vandermeide.

In Celle, he attended the Gymnasium Ernestinum from 1940-1946, studying Latin and Greek in particular, and earning his “Abitur.” Emigrating to the United States in 1947, he served on active duty in the United States Army from 1950-1952, stationed on Okinawa, trained in intelligence work and rising to the rank of E-7; he remained in active reserves

He met his wife–to–be Navee Newby in Berkeley, California, in the fall of 1955, while they both were graduate students at the University of California. They readily fell in love and decided to unite in marriage. They were married on 20 August 1956 in Salt Lake City. Their relationship, for 49 years, was one of happiness and abiding love. It was blessed by the birth of three daughters.

They lived in Delmar from 1962 until Navee’s death in 2005, and Hans remained in Delmar until moving to East Greenbush in 2010, followed by a move to Pennsylvania in 2019. He is survived by three daughters: Dianne M. Pohlsander of Brooklyn, NY; Eileen “Lee” Pohlsander (Carl Johnson) of Phoenixville, PA; and Margaret Lund (Kevin) of Bountiful, Utah. He is also survived by grandchildren Hannah Johnson, Rozwell Johnson, Jennifer Lund Whiting (Eric), Jarrod Lund (Alana), Andrew Lund (Allegra), Thomas Lund,  as well as six great-grandchildren, and many beloved nieces and nephews. He is also survived by his friends, Peter Scheerer, and Bob Downey.

Hans was the author of eight books, 40 articles, and 55 book reviews. His most recent work was in the field of German-American studies and in German history. He widely traveled in Europe and the Near East, especially in Lebanon, Greece, and Germany.

Hans was a life–long member of the Church of Jesus Christ of Latter–day Saints, Albany Ward, and served in various leadership positions.

The family would like to thank his caregivers, The Care Team at Spring Mill Senior Living, Holisticare Hospice, and LaBelle Home Care, and special caregivers Ashley, Bridget, and Agatha.

A funeral service will be held 11 am Saturday, July 3 at Applebee Funeral Home, 403 Kenwood Ave., Delmar.  A calling hour will precede the funeral from 10 to 11 am at the funeral home.  He will be buried in Bethlehem Cemetery in Delmar by his wife’s side.

To send flowers to the family or plant a tree in memory of Hans Pohlsander, please visit Tribute Store
Print
Saturday
3
July