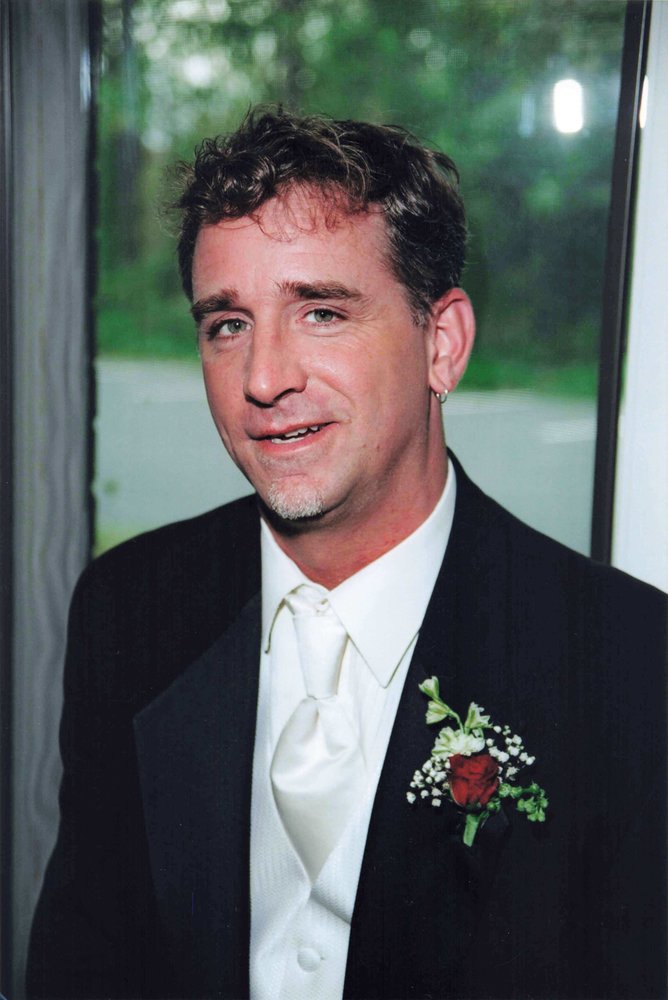 Douglas George Chambers, 54 of Slingerlands, Beloved Husband, Father, Son and Brother passed away suddenly on Saturday June 19, 2021, doing what he loved to do, being with family and friends and always offering a helping hand.

Doug’s zest for life is inspired in his wife Judith (Dall) and their children, Brody and Connor. He has instilled in them to take every day as the best day and enjoy life to its fullest. Douglas’s commitment and love for his wife and sons is never ending. His devotion of being a good husband and father always showed through.

Doug took life by the horns, rode the best journey he could have had with no regrets. With Douglas’s quick departure we understand the Lord had bigger plans for him, which we are now starting to understand that he will be there for all of us.

His strong work ethic with Albany County Department for Children, Youth and Families as a Senior Caseworker Investigator made sure all children were properly cared for and looked after. Doug worked with many families and coworkers in difficult circumstances, making sure families, children and his coworkers were safe. He gained the respect of all. Douglas also previously worked for Vanderheyden Hall where he developed many friendships with coworkers and clients. Doug was a proud union member.

He graduated from the University of Southern Florida and Dean Junior College. As a fraternal brother of Sigma Alpha Epsilon he greeted all with the Phi Alpha spirit and like the Phoenix will rise from the ashes.

Doug graduated from Bethlehem Central High School where he excelled at football, wrestling and lacrosse. Douglas also had been an avid runner and ran in the Lake George Village to Bolton run with his wife, along with many other road races that he and friends competed in.

Douglas leaves behind his cherished wife Judy and his two sons, Brody and Connor. Douglas is survived by his mother Phyllis Chambers and is being welcomed by his father David O. Chambers (Deceased). He is survived by his brothers, David O. Chambers, III (Patricia) and Daniel P. Chambers (Melissa). He was an uncle of outstanding measure and teachings to his nephews and niece: David, Michael, Amanda and Jacob.  Doug made sure they all knew how to get through life and instilled a sense of pride in each.  He also leaves behind his dearest dog Skyler who was his constant walking companion.

In recent years with his spare time he would bring his sons and encourage his nephews and niece to help work the family parking lot with his brothers in downtown Albany.  He would teach his boys how to make change and count.  He was an ambassador to Albany when people parked in the lot for a show; giving advice and recommendations to strangers.

As the comedian of the family, he will be remembered by his many jovial and spirited occurrences that usually caught us all off guard.  Two of his best were when he took out scuba flippers, from under his high school graduation gown and walked across the stage in them to receive his diploma.  The second was to make sure we knew he was the Number One Son, which we all knew already and allowed him to continue his ribbing.

The family wishes to thank the staff and doctors at St. Peters Hospital ER and Cardiology Unit and all the emergency medical technicians and police from the Town of Bethlehem.

On the day of Doug’s passing, as we all gathered to help; he tried to say I’m OK. He knew he was needed for bigger plans that the Lord only told him.  His “True Gentleman” attitude and will for life was needed in a far better place. Knowing he left with a smile for all and will be there forever for his wife and sons, just in a different way; Always Watching Over Them With His Love.

Relatives and friends are invited to call on Wednesday, June 23 from 4 to 8 pm at Applebee Funeral Home, 403 Kenwood Ave., Delmar.  A funeral service will be held 10 am Thursday, June 24 at the funeral home.  The family is working on establishing an educational fund for Brody and Connor, for those wishing to contribute. If donations are being looked to be made, please consider the Crohn’s and Colitis Foundation or The American Heart Association.

To send flowers to the family or plant a tree in memory of Douglas Chambers, please visit Tribute Store
Print
Wednesday
23
June