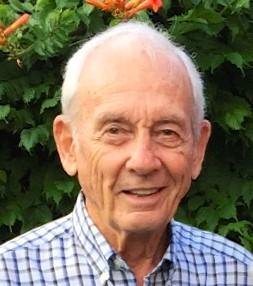 Obituary of Curtiss B. Matterson

Later, in the Albany area, he worked in the membership department of the New York State Teachers Association and as executive director of the Society of Professional Engineers and NYS Veterinary Medical Society, before forming his own association management company, Matterson Associates, in 1976. He was a founding member and first executive secretary of the Association Executives of Upstate New York.

For the next 20+ years, he served as executive director for such groups as the Eastern Federation of Feed Merchants and the NYS Travel and Vacation Association. Matterson Associates represented many other organizations including coin laundry and machine owners, physician assistants, florists, photographers, public health workers, horse breeders and orthodontists, to name a few.

Curt was an active member of his community. He served the Delmar Presbyterian Church, Delmar, NY beginning in 1966. He was elder and deacon as well as finance chair and member of the building and grounds committee. Curt was a member of the original town park creation committee and helped organize Bethlehem’s first Coffee House in the 1970s. He was a long-time member of the Delmar Kiwanis Club where he served as president, helped with delivery of meals for Albany and Delmar, and worked at the club’s barn sales and semi-annual pancake breakfasts. Most recently he volunteered with Community Caregivers.

With wife Liz, he was a snowbird in Sebring, FL (Spring Lake community) first for a few months each year, and then, in 2015, they became full-time residents. In Sebring, they became members of the Spring Lake Presbyterian Church.

Curt enjoyed spending time with family and friends as well as golfing, bowling, reading, and working in the yard and on household projects.

In addition to his parents, he was predeceased by his wife Mary Elizabeth (Liz) Vincent in 2020 and daughter Susan in 2006.

A celebration of life will be held at the Spring Lake Presbyterian Church, Sebring, FL., at a date to be determined. Out-of-towners may contact the family for a Zoom link. A small graveside service will be held on Friday, June 18, 2021, at 11 a.m. at Bethlehem Cemetery, 286 Kenwood Ave., Delmar, NY.   Arrangements are by Applebee Funeral Home, 403 Kenwood Ave., Delmar, NY 12054.

In lieu of flowers, contributions may be sent to SUNY Oswego, 7060 State Route 104, Oswego, NY 13126 for the Curtiss and Elizabeth Matterson Scholarship Fund, which honors the legacy of their daughter Susan; the Delmar Presbyterian Church, 585 Delaware Ave., Delmar, NY 12054; or the Spring Lake Presbyterian Church, 5887 US-98, Sebring, FL 33876.