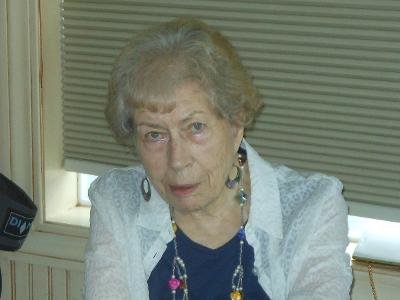 Mary “Ruth” Mosher (Shroh) passed away May 31, 2021 at Our Lady Of Mercy Nursing facility in Guilderland. Ruth was born October 2, 1932 in Cobleskill, New York to Floyd and Helen Shroh.

Ruth is survived by her husband, Irving of Slingerlands, her sons, Charles (Terri) Jeffrey of Gallupville, Richard (Terry) Jeffrey of Central Bridge; and a daughter Cynthia (Jeffrey) Treis of Delanson; her step-sons Mark (Julie) Mosher of Clarksville, David Mosher of Gaithersburg, MD; her step-daughters Joyce (Peter) Cochetti of Delmar, and Susan (Dennis) Mosher-Feil. She is also survived by 10 grandchildren and 2 great-grandchildren.

She is also survived by her nephews, William (Bonnie) and Floyd Shroh.

Besides her parents, she was pre-deceased by her brothers Robert and Raeburn.

Ruth moved to Schoharie and helped her parents run the Main Street Garage for many years. She graduated from Schoharie Central School and enjoyed playing violin in the orchestra. She also played the accordion at many venues around the area. She lived in many places in New York State before settling down in Voorheesville shortly before her retirement as an accountant with Surpass Chemical in Albany.

She was a faithful, active, member of Unionville Reformed Church and belonged to the Order of the Eastern Star in Delmar. She and her husband enjoyed many years square dancing with the Schoharie Valley Hayshakers.

During her retirement she and Irving toured the country, visiting many states in their RVs. They belonged to many camping clubs and Ruth often entertained everyone with her accordian around the campfire. The articles that she culled from various newspapers and magazines with a particular person in mind will be sorely missed. She never met a backroad she didn’t enjoy exploring as a member of the “back-tracking Shrohs”. She is truly missed.

The family would especially like to thank the many heroes that work diligently, patiently and with much caring at Our Lady of Mercy, along with the Hospice workers.

Family and friends are invited to a period of visitation at Applebee Funeral Home, 403 Kenwood Avenue, Delmar, on Monday, June 7, from 10 to 11AM, after which a service conducted by Rev. David Corlett will be held with burial immediately thereafter at Onesquethaw Union Cemetery in Clarksville.  Face coverings will be required and social distancing and occupancy limits will be observed.

To send flowers to the family or plant a tree in memory of Ruth Mosher, please visit Tribute Store
Print
Monday
7
June