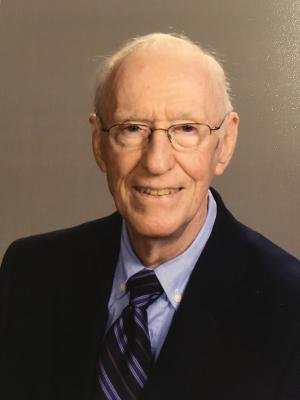 Clayton E. Rose, 89, of Slingerlands, New York passed on May 17, 2021.  Born in Utica, New York on October 21, 1931, he was a graduate of Penn Yan Academy and Colgate University where he was a member of Kappa Delta Rho Fraternity.

Clayton served in the U.S. Navy and was honorably discharged as LTJG.  He was employed by IBM in sales for 25 years and was a member of Westminster Presbyterian Church.

He was married for 67 years to the former Janet Hodecker and leaves a son Andrew (Ann) of Delmar and daughter Karen (Eric) Gonon who resides in South Orange, New Jersey.  He leaves three grandchildren, Jason A. Rose, Jessie C. Gonon and James P. Gonon.

Clayton enjoyed spending time at their home in Cape Cod and attending various activities of his children and grandchildren.

The service will be private.

In lieu of flowers, memorial contributions may be made to the American Cancer Society, Community Hospice or a charity of one’s choice.