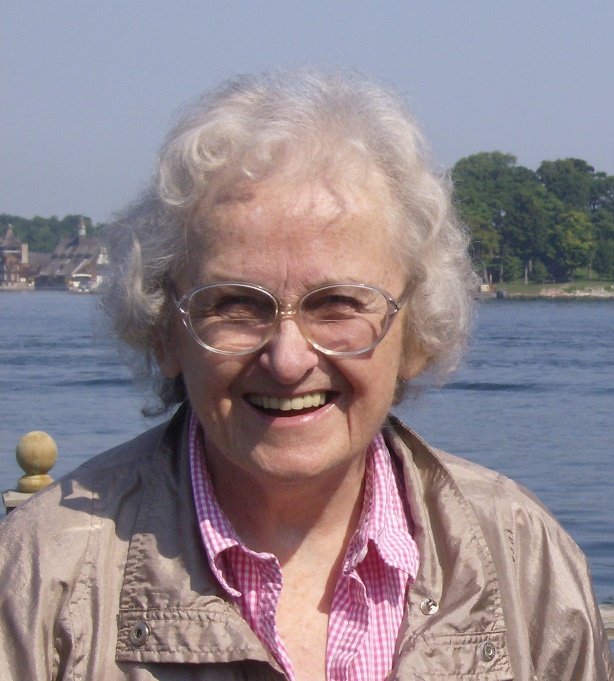 On Saturday, April 11th, 2021, Elizabeth (Betty) K. Clark passed away shortly after turning 100 in January. Betty was born in Philadelphia on January 19, 1921, the daughter of the late T. Edward Knapp and the late Hannah Harvey Knapp and survived both of her siblings, Ted Knapp and Jean Mate.

Betty was educated at McGuffey School and Miami University in Oxford, Ohio. Within two weeks of her college graduation, at the age of 22, she enlisted in the U.S. Army.  Soon thereafter she found herself on board a troop transport ship bound for North Africa during a time when German U-boats were hunting the waters for convoy ships like hers.

Betty served as a dietician in World War II from 1943 to 1945, first in Oran, North Africa, and then in Pistoia, Italy. She was assigned to the 70th General Hospital in Oran, when she met fellow Ohioan and enlisted GI, Robert H. Jones.  After the war, they married, and she went on to obtain a master’s degree from Ohio State University in 1948 under the G.I. Bill of Rights.

Moving first to Cleveland, Ohio, and then to Albany, Betty became a devoted stay-at-home mother to her five kids and eventually re-joined the workforce as a dietician at the Albany Veterans Administration Hospital, where she worked until retirement.

From the mid-60s until just a few years ago, Betty was an active member of the Delmar Reformed Church, having served as a Deacon, an Elder, and a Stephen Minister. She loved to sing and was a longtime member of the church choir.  She was also the coordinator of the church’s Food Pantry program and led a weekly prayer group for many years.

Betty was well known for her warm, gentle smile and her delightful, sometimes surprising, humor. She loved to laugh and to make others laugh. One story that typified her playful humor happened when one of her adult children came to her nursing home to take her to a Sunday church service. As she was being pushed in her wheelchair, other residents, shouted, “Betty, where are you going?” Without skipping a beat, Betty quipped, “Going to church – to pray for your souls!” She then cracked a big smile, and the room erupted with laughter. She was soft-spoken and loved listening to other people’s stories. It is hard to think of Betty without seeing her childlike smile and her infectious laugh.

In retirement, Betty stayed busy spending lots of times with Betsy’s children because they all lived together!

She also traveled to many countries in Europe, to Israel, to Kenya and Tanzania, and beyond on Elder Hostel trips. She loved to learn about other cultures, something she internalized from her childhood growing up with parents who loved to travel around the country and the world.

Betty loved her children and her grandchildren deeply. Nothing gave her more joy than to sit with them and listen to their stories. Despite the fact that she obtained a graduate degree during an era when it was rare for a woman to pursue such a degree, and despite having served in the Army in two combat zones at a time when very few women served in the military, Betty never bragged about her achievements. She was extremely modest, always wanting to focus on the happiness and comfort of her children and friends.

On her 100th birthday in January of this year, her daughter Betsy surprised Betty by presenting her with over 400 birthday cards in honor of her centennial milestone. Cards came in from over 40 states and 15 countries, including over 100 cards from fellow veterans or family members of veterans.

Betty believed deeply in God and in being kind to others. She believed in Heaven and hoped to be reunited with her daughter Betsy where they may find peace and love together again.

A memorial service will be held for Betty on Saturday, July 24, 2021, at 10:00 am at the Delmar Reformed Church, 386 Delaware Avenue, Delmar, NY 12054.  In lieu of flowers, the family suggests a donation to the endowment fund of the Church.