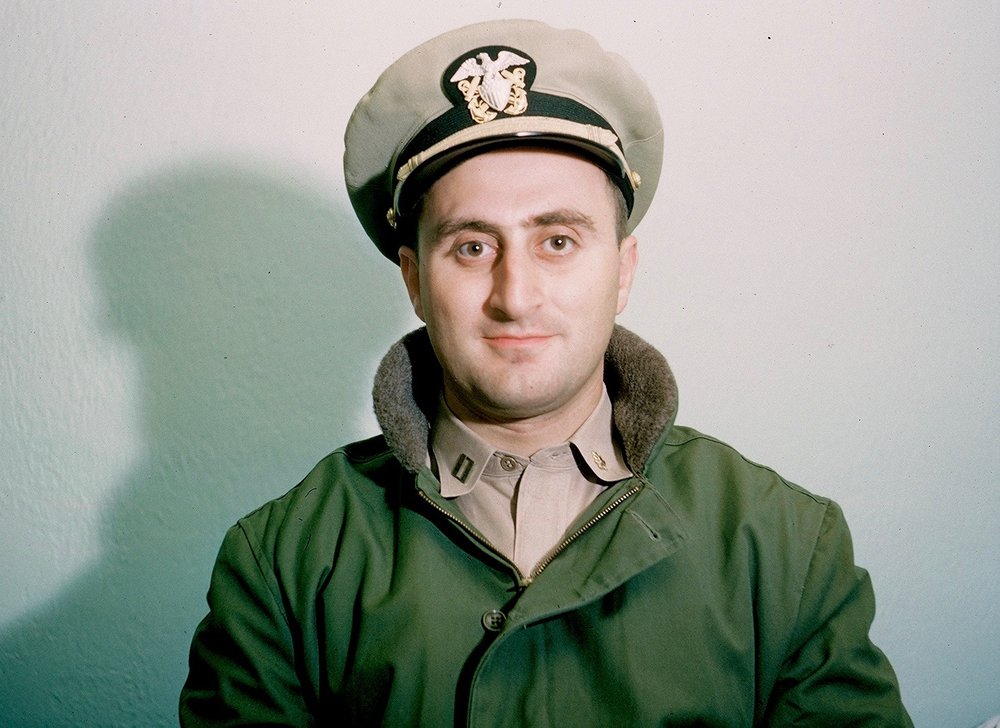 Obituary of Levon A. Bedrosian

Levon “Lefty” Bedrosian, 96, peacefully entered into eternal life on Friday, April 9, 2021. Born in Albany in 1924, he was the son of the late Aram and Flora (Roubian) Bedrosian. He was a graduate of Albany High School. Levon Bedrosian attended Union College and Albany Medical College (Sr. Class President) as part of the US Navy’s “V12” program during World War II. Upon graduation in 1947, Dr. Bedrosian was commissioned as an officer in the US Navy. He was later called to active duty during the Korean War and served at the Valley Forge Hospital in Newport, RI, treating severely wounded Marines. Dr. Bedrosian was discharged from active duty in October 1952. He then served in the US Naval Reserve, retiring in 1971 at the rank of Commander.

Dr. Bedrosian interned at Fordham Hospital, New York, NY. He completed his residency in Obstetrics and Gynecology at Albany Medical Center Hospital and began private practice in 1955.  He delivered over 10,000 babies in the Capital District. He retired from private practice in 1994 and went on to serve as Medical Director of Albany Medical Center South Clinical Campus (formerly The Child’s Hospital) and as a Clinical Professor of Obstetrics and Gynecology at Albany Medical College. He is remembered by his patients, colleagues and medical students for his quick wit, professionalism, and kindness towards everyone.

Dr. Bedrosian earned a commercial pilot’s license and was a member of the Upper 15 Flying Club at the Albany Airport, where he first learned to fly in the club’s Cessna 150 and Piper Cherokee aircraft. He also flew a Piper Aztec (twin engine) and a Beechcraft Bonanza with the original “V” tail (his favorite).  He loved flying and flew his airplane on trips to California, the Bahamas, and New York City among many other destinations.

“Lefty” was a world-traveler and photographer. His photographs from family trips to Europe were worthy of postcards. He enjoyed creating custom greeting cards using his photographs and his original poetry for the occasions.

Dr. Bedrosian was a devoted Christian and member of the First Presbyterian Church (Albany) and Delmar Reformed Church. He loved singing the old hymns enthusiastically in his tenor voice. He sang in the Delmar Reformed Church choir for many years “because they were desperate enough to take me.”

His Armenian heritage was important to him. His parents lost many of their family members during the Armenian Genocide. They were proud to have emigrated to the United States and become citizens. Dr. Bedrosian was active in the Armenian community in the Capital District. After the fall of the Soviet Union, he led a team of doctors from the Albany Medical Center to Yerevan, the capital of the Republic of Armenia, formerly part of the USSR, to donate a fetal monitor to the city and to train the Armenian doctors in its use.  At the time, it was the only fetal monitor in the Republic of Armenia.

Levon was the beloved husband for 62 years to Mary Margaret “Candy” (Canfield) Bedrosian (2012). He was predeceased by his sister, Araxie Bedrosian (2002). He was the devoted father to Gary (Gena) and Richard “Rick” Bedrosian and the loving grandfather to Gregory (Tracy), Geoffrey (Ashley), Gary Edward (Haley Peterson) and greatgrandchildren, Leah, Dylan, Luke, and Emery.

Private services will be on Tuesday, April 13.

In lieu of flowers, donations in Levon Bedrosian’s memory can be made to the Armenian General Benevolent Union, 55 East 59th St., New York, NY 10022 or www.agbu.org/donate.