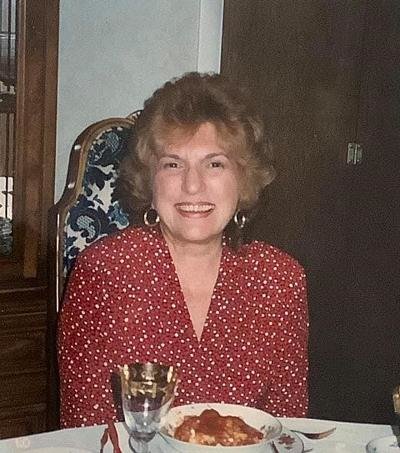 Betty N. Kawas, 88, of Delmar, New York, passed away on April 6th in Ambler, Pennsylvania. For those that knew her, Betty was larger than life. She lived every day to the fullest on her terms.

Betty was born in Manhattan, NY to Nicolina and Carmelo Maniscalco on February 25, 1933. She graduated from The High School for Central Needle Trades in NYC in 1950. Betty then worked as a purchasing agent for New Hermes Engraving Co. in New York City and was eventually promoted to Vice President of Purchasing. She met her husband, George J. Kawas and they relocated to the Albany area, eventually settling down in Delmar to raise their two children. In 1987, George passed away suddenly and Betty returned to work as a bookkeeper.  As a single mother, she worked tirelessly to provide everything her children needed (and then some) and eventually sent both of them to college. She enjoyed playing duplicate bridge, Rummikub, and backgammon as well as being an amateur painter in her spare time. She was a member of various organizations, including the local Welcome Wagon, the Slingerlands Elementary School PTA, the Woodgate Homeowners Association Condo Board, and the Albany Opera Buffs.  She later developed a love of golf when she relocated to Manchester, New Jersey in 2004.  The greatest enjoyment she found, however, was spending time with her two grandchildren.  In 2020, she moved to Ambler, Pennsylvania to be closer to them.

Betty is survived by her daughter, Lila Nicole Kawas of New Rochelle, New York, her son Charles John Kawas and his wife Kristen and her two grandsons Ryan George and Alexander Joseph of Abington, Pennsylvania. She is preceded in death by her husband, George J. Kawas, her parents and her brother John C. Maniscalco.

Relatives and friends are invited to call on Friday, April 9 from 4 to 7 pm at Applebee Funeral Home, 403 Kenwood Ave., Delmar.  A Funeral Mass will be celebrated 9:30 am Saturday, April 10 at St. Thomas the Apostle Church, 35 Adams Pl, Delmar.  Burial will be in Calvary Cemetery, Glenmont.

In lieu of flowers, donations may be made in Betty’s name to the American Cancer Society.