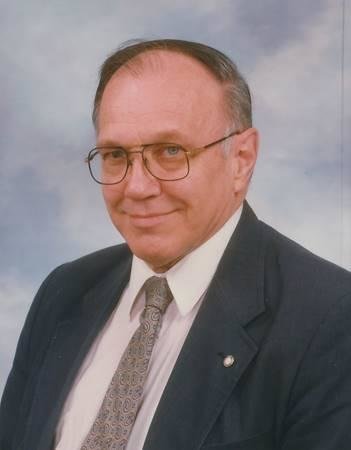 Dr. Richard L. Jacobs, age 88, of Delmar, NY, passed away peacefully on Sunday, September 15, 2019, at Albany Medical Center of complications due to a stroke.

Richard Lee Jacobs was born December 29, 1930 in Elsberry, MO to Rev. H. Lee Jacobs and Hazel (Ruth) Jacobs. He was raised in Fort Dodge, IA and went on to earn his BA and MD degrees from the University of Iowa, Iowa City, IA. He continued his path at the University of Iowa by completing his medical residency in Orthopedic Surgery and also earning his MS in Biochemistry.

After Medical School he was an intern at Butterworth Hospital, Grand Rapids, MI for one year before joining the US Navy, where he served on active duty from 1957-1959. He spent one year at the US Naval Hospital on the Great Lakes Orthopedic Service and completed one year of sea duty on the USS Union (AKA 106) in the Western Pacific. He then transferred to the U.S Naval Reserve as Lieutenant Commander where he served until 1967. He loved his military service years and spoke fondly of them his entire life.

Dr. Jacobs’ medical career spanned from Iowa City, IA; Boston, MA; Chicago, IL; and culminated in Albany, NY where he was Professor and Head of Orthopedic Surgery at Albany Medical College from 1974-1996. During this time, he also served as a Professor of Bioengineering at Rensselaer Polytechnic Institute and as an Attending MD at the Albany VA Hospital.

Throughout his medical career, Dr. Jacobs touched the lives of many. As a pioneer in the field of limb reattachment, he was able to drastically improve the lives of patients who may have faced a lifetime of disability if not for his expertise. This past summer he reconnected with a very thankful former patient who was able to show him how his handiwork in this area had changed her life. He recalled the details of her procedure from that fateful day and was very happy to see that she was doing so well.  He contributed to numerous medical journals and spoke at many conferences about his experiences. Later in Dr. Jacobs’ career, his main area of specialty became diabetic foot and ankle surgery, in which he helped countless patients with his extensive research and experience. He was known to his colleagues, residents, nurses, and patients as a compassionate and caring physician, which earned him the Golden Apple Award many times while working at Albany Medical Center.

Dr. Jacobs was an avid hobbyist in his spare time and had a garage full of equipment that rivaled any professional shop. He enjoyed building scale-model ships, ham radio, woodworking, building a harpsichord, and automobile restoration. He had so many ongoing projects, tools and equipment that not even a single car parked in said garage. It was not uncommon to find the neighbor dads in the “man cave” as well, oohing and aahing over the latest project. When he wasn’t in his garage, he could be found in the kitchen whipping up a mean batch of fudge, caramel corn, pizza, or anything else “fattening,” as he would call it, using his many kitchen gadgets that filled the cabinets to the brim. He could also be found with a cat on his lap; most notable in recent years was Elvis. He had several of these loving companions throughout his life.

As per Dr. Jacobs’ wishes, there will be no services. Because of his love of cats, he asked that donations be made to Whiskers Animal Benevolent League, PO BOX 11190, Albany, NY 12211.