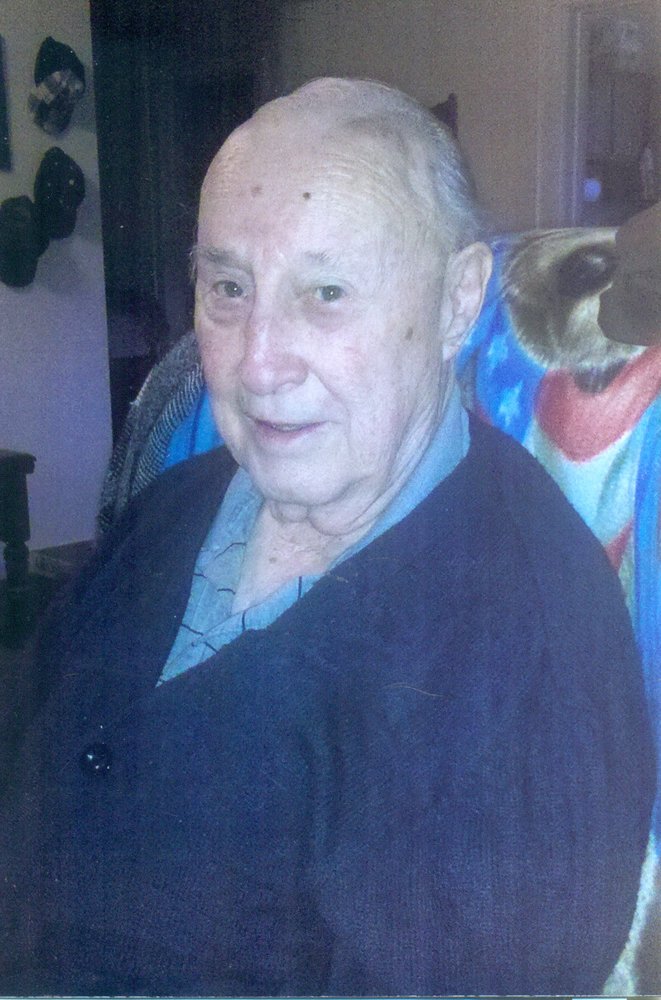 DELMAR – Joseph T. Grovenger, 96 years young, was called to the Lord peacefully, Monday August 5, 2019 surrounded by loving family. He is the son of the late Bartholomew and Elizabeth Goetz Grovenger. He was a graduate of Catholic Central High School and Siena College. Joe served in the Army during WWII in the Battle of the Bulge, and after began work with the NYS Thruway Authority until his retirement as Assistant Director of Accounting in 1977. While at the TWY, he met Patricia Dagner Grovenger and had four children: Donna (Richard) Palmer, Debra Gallacchi (Brian Pluckrose), Joseph M. (Cindy) Grovenger, and Patricia (Charles) Leibach. In addition to his devotion to his family, Joe was an avid sportsman and Red Sox fan. He was a remarkable fast pitcher in many leagues throughout Delmar, Albany, and the Burgh.  He was the first honoree in the 112th Street Neighborhood Club.  He enjoyed coaching many little league and Bethlehem Babe Ruth teams. Joe enjoyed golf, darts, bowling and trying his luck on the horses.

Joe made many friends during his life in Delmar, especially when joining the family at the VFW Bethlehem Memorial Post 3185. He was a faithful communicant at St. Thomas the Apostle Church even attending from Athens NY, where he lived his last year with his daughter.  Joe's family would like to thank the nurses and staff who wonderfully cared for him during his brief stay at Albany Medical Center.

Relatives and friends are invited to call on Tuesday, August 13th from 4 to 7 pm at Applebee Funeral Home, 403 Kenwood Ave., Delmar.  A funeral mass will be celebrated 9:30 am Wednesday, August 14th at St. Thomas the Apostle Church, 35 Adams Pl., Delmar.  Burial will follow in Bethlehem Cemetery, Delmar.

To send flowers to the family or plant a tree in memory of Joseph Grovenger, please visit Tribute Store
Print
Tuesday
13
August