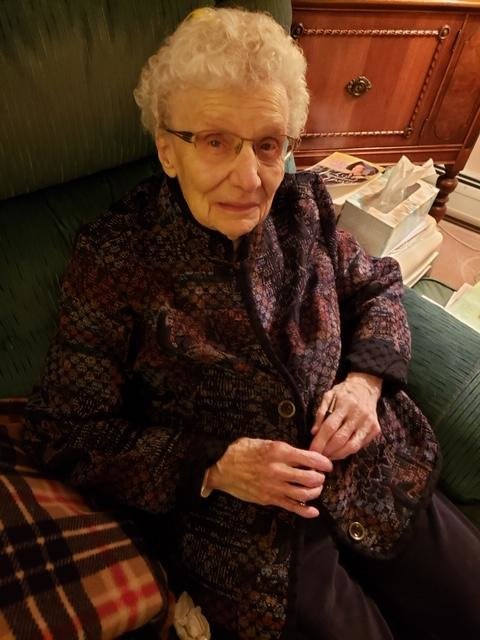 GLENMONT – Barbara D. Pitcher, 93, of Glenmont and formerly of Ghent, NY, passed away peacefully at her home on Wednesday, June 19, 2019.

Born in Boston, Mass. on November 2, 1925, she was the daughter of the late Laurice E. and Mary (Boy) Derby.  Barbara graduated from the National Bible Institute in NYC in 1949 where she met her future husband, Calvin S. Pitcher.  They were married in Dedham, Mass. on April 11, 1954.  A woman of strong faith, Barbara was very supportive of church ministries, and missionaries and their work.  She was proud to call Bethlehem Lutheran Church her church family and was a longtime member of Clearview Christian and Missionary Alliance Church in Castleton.

In addition to her parents, Barbara was predeceased by her husband, Calvin; and her brothers and their spouses, Laurence (Marion) and Robert (Ruth) Derby.

She is survived by her daughters, Marie Scalzo and Donna Kohlerschmidt (Bill); and granddaughter, Annelore Kohlerschmidt.

Contributions in Barbara’s memory may be made to the Capital City Rescue Mission, 259 So. Pearl St., Albany, NY  12202 www.capitalcityrescuemission.org.

To send flowers to the family or plant a tree in memory of Barbara Pitcher, please visit Tribute Store
Print
Wednesday
26
June