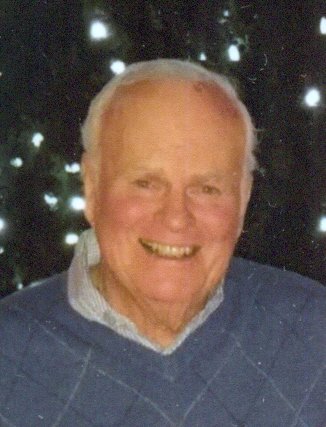 DELMAR -     Douglas S. Roberts passed into eternal life on June 18th.  He was surrounded by his loving family; his wife Carol, which he referred to as his, "child bride of 59 years", and his three children: Debbie, Ken, and Cindy Roberts.

He was born in Syracuse, NY on June 7, 1936.  Doug attended Syracuse University, where he met his wife Carol.  Upon graduation, he joined the army, and was sent to Germany.

Doug was an avid outdoorsman, and loved hunting and fishing at his two lodges in the Catskills, and the Adirondacks.  He was a manufacturer’s representative for plumbing and heating companies, and was president of Robco Specialties.

Doug is preceded in death by his father Robert Roberts, and his mother Gretchen Roberts, and his brother William Roberts.  He is survived by his wife Carol Roberts, and their three children, Deborah Mae, Kenneth, and Cindy Roberts.  He was the proud grandfather of Monique Roberts, Daniel Dale, Alison Snyder, Justin Dale, Jack Martino, and Christopher Martino, and his twelve great grandchildren.  His grandchildren, and great grandchildren all referred to him as, "Pot of Glue", because Doug always said, "I love you, pot of glue". Doug is also survived by his sister Jane Roberts.

Per his wishes, there will be no calling hours.