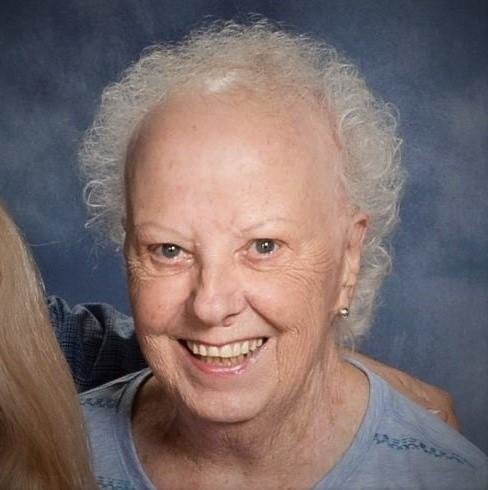 Sheila and her brother Bruce were born and raised by a single mother in London, England.  Her lifelong feistiness was probably attributed to living through the London Blitz during World War II and being evacuated to a stranger’s home during Operation Pied Piper.  Since a young age she fended for herself, spoke up for herself and was the strong one that others relied on.  After putting herself through nursing school she decided to come to the United States where she worked at Maimonides Hospital in Brooklyn and fell in love during a blind date with Charles Aja.  They settled down in the suburbs of Long Island and raised a family where she continued to work as a visiting nurse.  She spent her retirement years in Florida.  She is predceased by her husband Charles, brother, Bruce and will be remembered with great love by her son Stephen and his wife Shan Iwanicki, daughter Louise DeCandia and son in-law Robert DeCandia and adored grandson Andrew.   School concerts, plays, award ceremonies and even First Robotics Contests were all dutifully attended by Granny.  Sheila was a member of the First United Methodist Church in Delmar.  Sheila will always be remembered as a woman who never shied away from speaking her mind, standing up for what’s right and believing in the power of women.

A Celebration of Christian Life service will be held Sunday, September 8th at 1 pm at First United Methodist Church, 428 Kenwood Ave., Delmar.  Donations to the South End Children’s Café in her honor are appreciated.

To send flowers to the family or plant a tree in memory of Sheila Aja, please visit Tribute Store
Print
Sunday
8
September