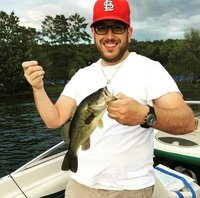 Eric Thomas Wilcox, 42, of Delmar, NY, passed away on 12/14/21 after a hard-fought battle with leukemia.  Eric was born on August 16, 1979, in Schenectady NY and graduated from Schenectady HS.

While still in school, he landed his first job, and his employer became a mentor to him.  Eric learned the value of hard work and the leadership skills which allowed him to work his way up in the retail industry to manager of the flagship store he ran.  Eric took great pride in paying it forward with the many young workers that he employed and had a strong impact on everyone around him.

Ten years ago, he met Lindsay and they became best friends.  It blossomed into an amazing love that neither one knew was possible and they enjoyed 6 years married.  They were best friends and soul mates, a couple with an unbreakable bond.

Eric was a force of nature, determined to work as hard as necessary to provide for his family and give them the life he felt they deserved. Lindsay, Julie, Ellia and Lorelai meant more to him than anything else in the world and he would do anything for them.  He always wanted them to know that he loved and supported them.  Eric loved spending time with his family, whether it was watching Ghost Adventures, playing Pokémon Go, taking walks, or just all being together.  He also loved hiking, fishing, baking breads, the Raiders, the Cardinals and the UFC.

Eric is survived by his wife Lindsay and his children Julie, Ellia and Lorelai, mother and sister  Paula and Cathy Wilcox, aunt Brenda Bearsley and other aunts, uncles and cousins.  He is also survived by his Jackson family, especially Laurie & Greg Jackson, and Leslie, Scott and Audrey Carroll.

Calling hours will be held on Monday January 3, 2022 from 4 to 6 pm at Applebee Funeral Home 403 Kenwood Avenue Delmar.

In lieu of flowers, the family requests that contributions be made to the Leukemia Research Foundation or the Dana Farber Cancer Institute.