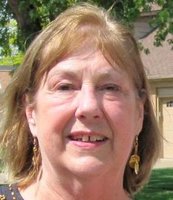 Judith Rees McMillen, age 78, passed away peacefully in Albany, NY on Saturday, March 27, 2021 after a brief illness. She was born in Canton, Ohio and grew up in LaPlata, Maryland, attending nursing school at the University of Maryland in Baltimore.

She found her life’s work in history when she met her second husband, William and worked in the education department and later became the director of education at Historic Richmondtown in Staten Island, NY where William was the supervisor of restoration. After they both retired they moved in 2003 to Glenmont, NY where they pursued their love of traveling throughout Europe and the United States visiting the places that they always dreamed of seeing. She stayed active in history becoming the first female president of the Early American Industries Association as well as served as a board member of the Historic Eastfield Foundation.

She loved her husband, her family and the many friends that she made through the many historic groups that she was a part of including the Brigade of the American Revolution. She is survived by her husband; brother, Bill and sister in law, Ann; son, Chris and daughter in law Liz; stepdaughter, Sally; stepson, John and daughter in law, Germaine; and grandchildren, Richard, Liam, Vincent, Emma, Kathryn and Micah. A private memorial service will be held at a later date.

In lieu of flowers, donations in her memory may be made to the Early American Industries Association.