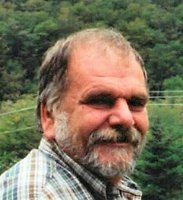 GLENMONT - Nicholas Bellini (Nick) passed away on Wednesday, November 4, 2020. He was with his family when he peacefully left this life, listening as his wife, Maria, held his hand and breathed whispered words of comfort and love into his ear. Born in Hoboken, New Jersey, on June 27, 1939, Nick was 81 years old. The legacy of this good man finds its home in his children, and his passing leaves them sad but not hollow. They are full of him, and in them he lives on. Nick was the often-called-upon hero to his children’s dreams and ambitions, coming through for them time and again, always presenting a stalwart and dependable example as both a man and a loving father. In them, he infused a bracing straight-forwardness, a fierce, hard-working independence, the humor to dismiss or rebut life’s absurdities, and a soul that weeps at the strains of a violin concerto. He projected wisdom, although he preached nothing, instead letting his example speak for him. Nick was unapologetically grounded in his convictions, but wise enough to let others around him do the heavy talking. Wisdom is often quiet… but sometimes it laughs a big, big laugh. Nick laughed big. Nick is survived by his lovely and loving wife of 57 years, Maria (Principe), and by his children Nicky Bellini (Rebecca), Tara Burtt (Phil), Michael Bellini (Kristen), and Tiffany Reutter (Mike). He is also survived by his grandchildren Angelina Bellini, Emily Reutter, Tabitha Reutter, Olivia Reutter, Georgia Burtt, Samantha Bellini, Lola Bellini, Ava Mezoff, and by his great-grandchild Julien Thompson. He is also survived by his nephews and nieces Lynda Berlow Gustavsen, Johnny Berlow, Mandy Fromwiller, and Christopher Berlow, and their wonderful families. Nick was predeceased by his beautiful sister Antoinette Delano and young nephew, David Berlow. He will be missed by all who knew him and loved him, including those great, life-long buddies and friends from his career in the Army and Army National Guard, from his ownership of the Club East Racquetball Club, and from his years in the Art Quinn Memorial Golf League. In honoring Nick’s final wishes, no formal funeral services are planned. His family and friends will gather privately in celebration of his life.